There was a delay in getting our flight out of Kathmandu, which isn’t unusual apparently, but about an hour later, we were able to board the Air China flight to Chengdu. There were only 3 people in the business class area so we had room to spread out. We still think the co-pilot was also handling service but could be wrong. The flight was smooth and we landed in China! We had to get on a bus and were driven to the terminal, we were only transit passengers so expected to just go to the next gate. Unfortunately that didn’t happen, we ended up having to get stamped to enter China! The guard was very confused and kept asking us how long we were staying, we kept saying 2 hours and catching our next flight. Finally another guard stepped in, his English was a little better and we were able to sort things out. We were stamped in and entered China!

When we walked through the gates, we were extremely confused and not really sure where to go. Thankfully a really nice taxi driver helped us and showed us where to go. We had to get to the EVA Air desk to check in and then through security, customs and back into the terminal. Going through Customs was confusing but we were lucky a guard looked at our passports and forms. The prior guard was supposed to have put a part of the entry form back so we could exit, she didn’t. The guard had us go out of line to complete the forms… a huge tour group showed up to get checked through in the mean time. When we finished the guard made them move back and put us back in the line where we were previously. We were eventually back in the transit area and able to wait in the lounge. We can now say we’ve been to China :-) 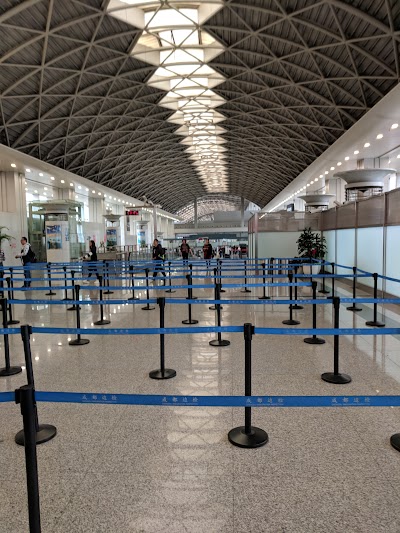 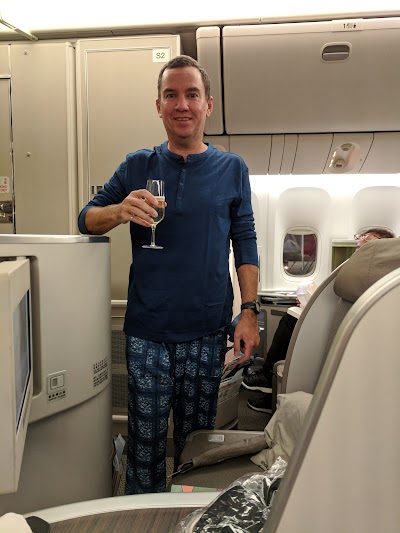 Out next stop was Taipei, which went very smoothly. We were able to go wait in the lounge and board our next flight with no detours. On board EVA Air was great! Welcomed with champagne and jammies… yes, a new set of jammies to add to our collection. I will definitely fly EVA again. The staff were so friendly and helpful, seats are comfortable and the food was good. Paul got in trouble for not being in his seat, he was late changing into his jammies! The flight was smooth and we landed in Vancouver on time. We were through customs and quickly grabbed our luggage. Jayne was waiting for us in the terminal and took us to her place. We had a nice, but quick, visit before heading to sleep. The next morning Jayne dropped us at the airport and we headed to Creston. John and Rita were in Portugal but their neighbors, Darlene and George picked us up and took us home. 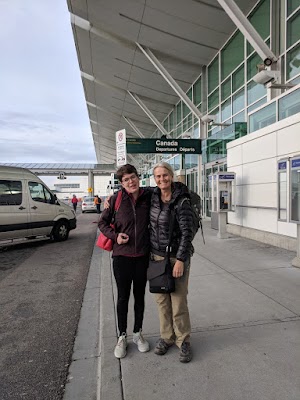 We rested a few days, then went to Calgary to see my Mom and our friends. I got lots of Mom hugs so it was great! It was a whirlwind time and we didn’t get to see everyone but enjoyed our time. On the way back, we stopped and picked up John and Rita who had returned from a lovely trip. 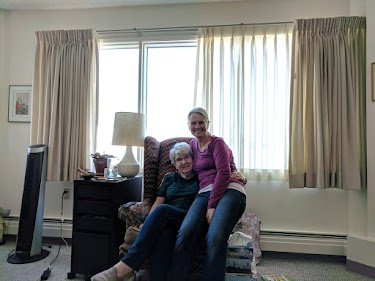 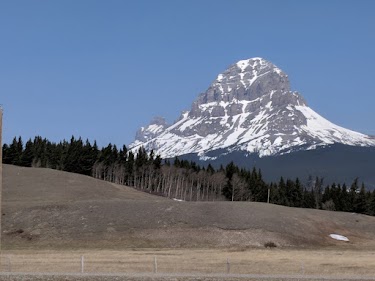 Our summer plans were to go camping and hiking but the smoke from the numerous forest fires made that very challenging. We did do a trail that went from Hwy 3, over to Holly Falls and joined with Balancing Rock Trail. We also went up Billy Goat Bluffs which was close to the house so we didn’t have to trouble John or Rita to drive us around. We spent time helping in the yard, Paul built stairs for the deck and down the side of the house. John and Rita decided to finish a room in the basement so we were able to help with that as well. Paul helped the handyman with the drywall, we painted and installed the floor. The room turned out great and we moved in. 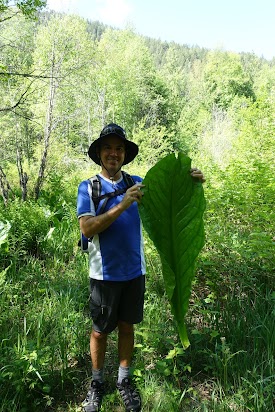 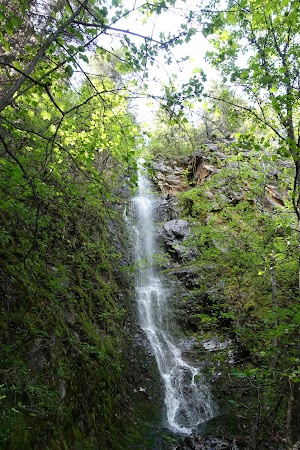 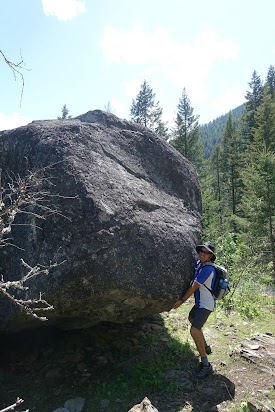 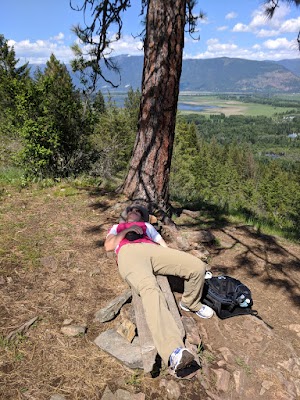 I had planned to take Paul ziplining for his 50th birthday but the smoke was so bad that they were talking about closing the park. Instead we went camping, went to Calgary, spent a weekend in Montana with Malcolm and Teresa at their cabin, did day fishing trips and watched the games. We were also able to connect with Pati and John, who live in Creston. We went up to their cabin in Crawford Bay. All in all, despite the smoke we had a great summer and it was nice to be back with family and friends. 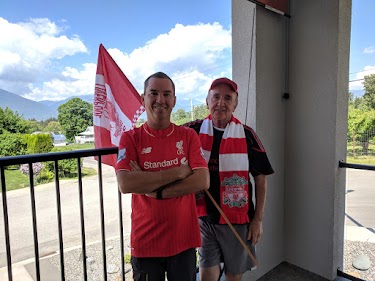 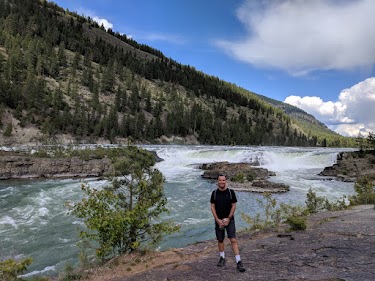 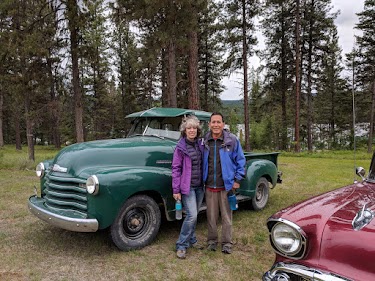 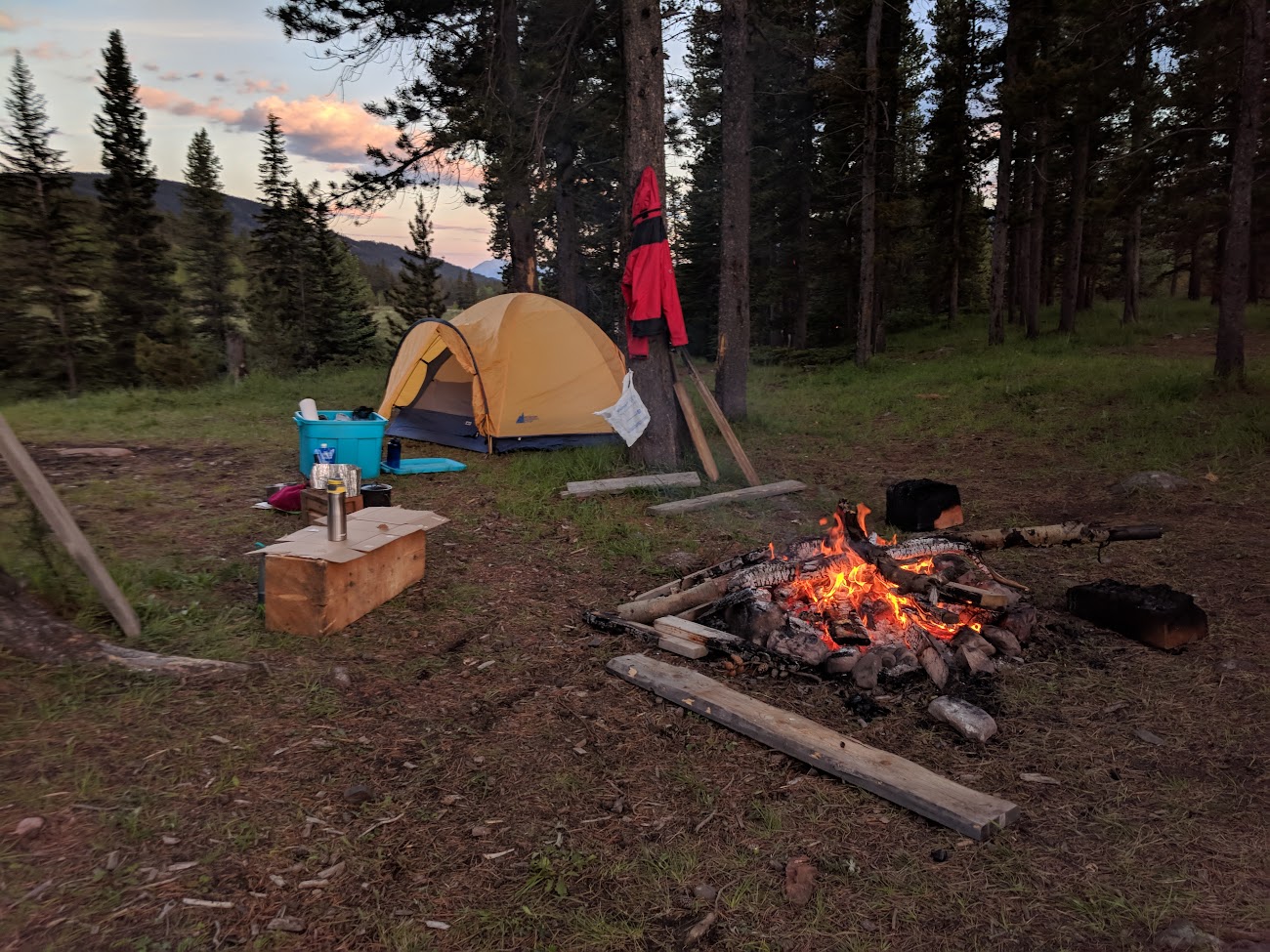 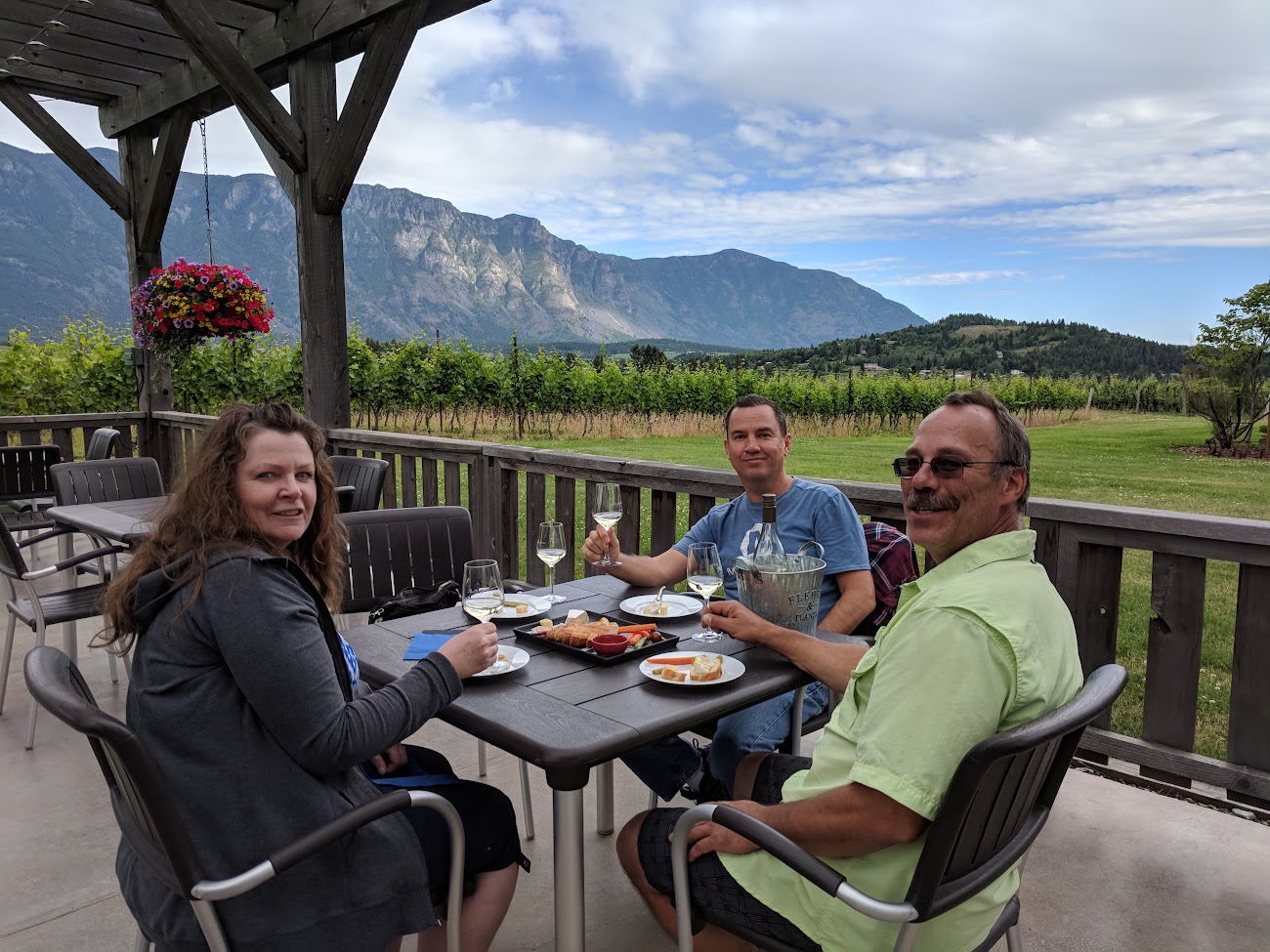 During all this, we started planning our next trip! We really wanted to go back to Nepal since we enjoyed it so much the first time. But where else? We talked about so many places, researched place and spoke to people. After much discussion, we decided on Sri Lanka! We were told it’s like India lite and got some really great tips from friends Judy and Carl. Paul found a great flight that gave us an overnight in Vancouver, a day in Seattle and a day in Singapore before we landed. We used the last of Paul’s Aeroplan Miles and booked a business class fight… with EVA Air! The loose itinerary was Sri Lanka, Nepal and Vietnam with a stop in Thailand. We spent a lot of time researching, figuring out how to get visas and where we wanted to go.

It was great to have spent the summer in Canada. Even though we didn’t get to do all we wanted spending time with family and being able to see friends was what it was all about. 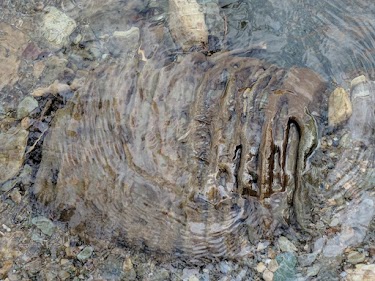 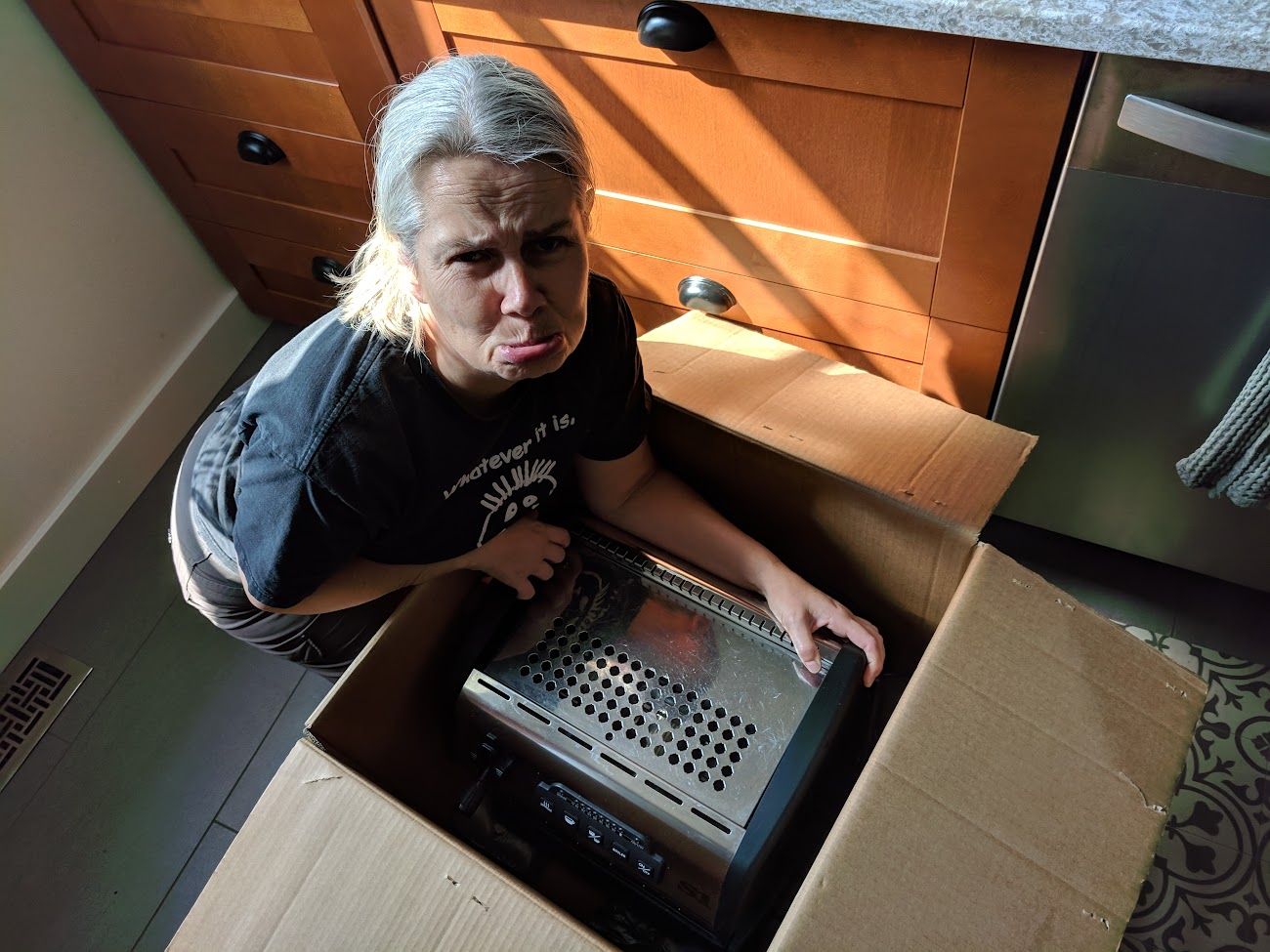 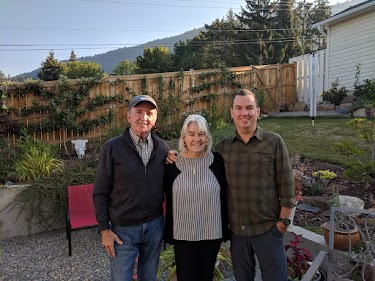