We decided to skip the ferry this time and flew from Kuala Lumpur to Hat Yai. While we were in KL we tried to find sanitizer and masks, but didn’t have any luck. When we landed in Hat Yai there were sanitizer stops to get through customs, temperatures were checked and sanitizer again when finished. We stopped to get some water before heading to our taxi. While there we asked if the store sold sanitizer and the lady gave us a bottle, an unexpected kindness. We had booked a private taxi with Thai Beach Travellers, we’ve used them before and know the owners so like to support them not to mention they also provide excellent service.

With our arrival time being later in the afternoon we weren’t able to get the boat to Lipe so stayed in Pak Bara at SeeSea Resort. We had never been before but will definitely go back. The hotel is really nice, the staff are friendly, so helpful and the rooms were great. We were greeted with a lovely surprise from Nut and family, a bag full of mangos for Mr. Paul. Nut wasn’t able to make it for a visit but this was such a nice surprise. We arranged a ride to Nava Seafood to see Ka and family. We hadn’t stopped there for a few years so we were past due.

Ka was shocked to see us, we called Bird and had a really nice visit with amazing food, of course. We were spoiled rotten when Ka gave us a Thai LFC shirt. It was a great evening and we headed back to our room for the night. We had a great sleep, again, this room was awesome. There was a nice buffet breakfast and off to the ferry. We looked for Watermelon, Bird’s wife, at the pier but didn’t see her. We made it through the chaos of loading and off to Lipe. 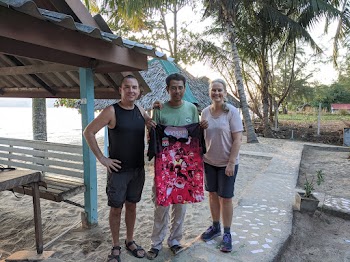 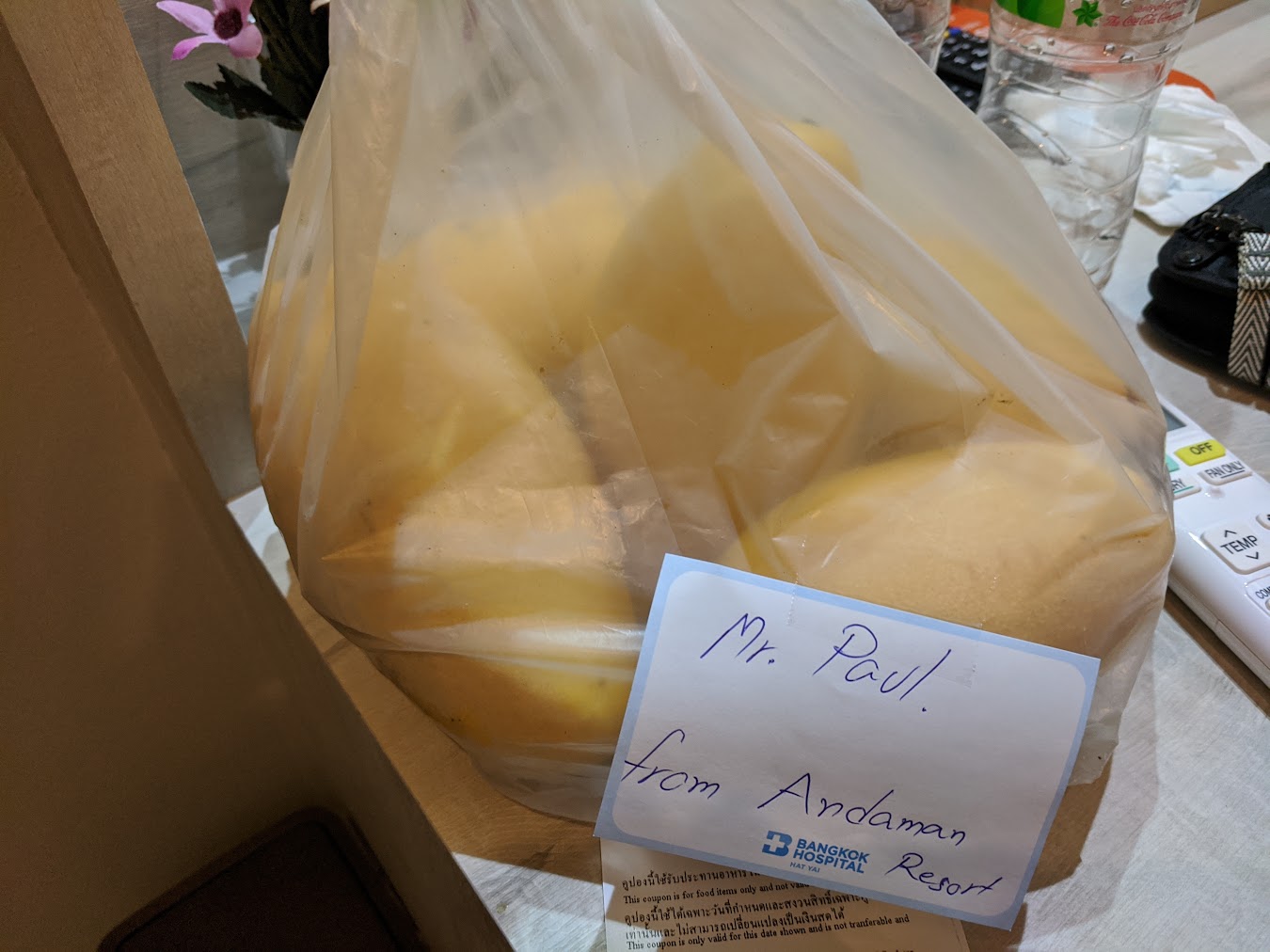 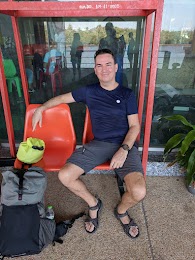 We got to Lipe, with a quick stop at the arch island, no problems. We walked over to The Reef and checked in. It was nice to be back. The Reef is owned by our friends Simon, Mikkel and Lexi. It’s a great place to stay as the rooms are comfortable, staff are great and the location is perfect for everywhere on the island. Ivan and Mikkel were taking turns running Mojo’s and the food was delicious. Nok had taken over the kitchen so we didn’t get to see her much as she was busy. We were lucky enough to see SomChai and were able to have dinner at Nee Papaya. Nee was happy to see us as well and spoiled us with a delicious meal!

Rudi was at Andaman, Bram and Alyssa were at San Pita, Rob and Laura were over at Bennie’s, Milos at Varin so we pretty much had the island covered. Rudi brought a friend, Vibeke so we got to spend time getting to know her. Nunzia and her husband, Ton, also arrived a few days later… none of us even knew that Nunzia was married. Alyssa’s friend Tanja also arrived about a week in and we all spent a lot of time together. The “shithead arena” opened up at San Pita and many games were played. 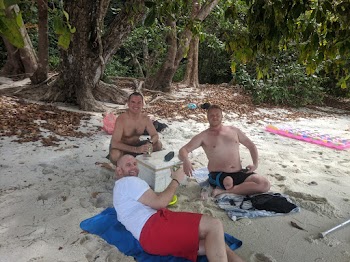 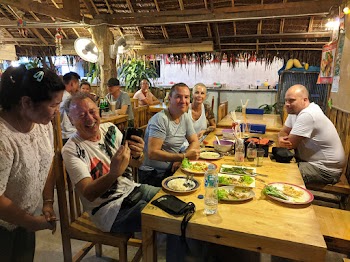 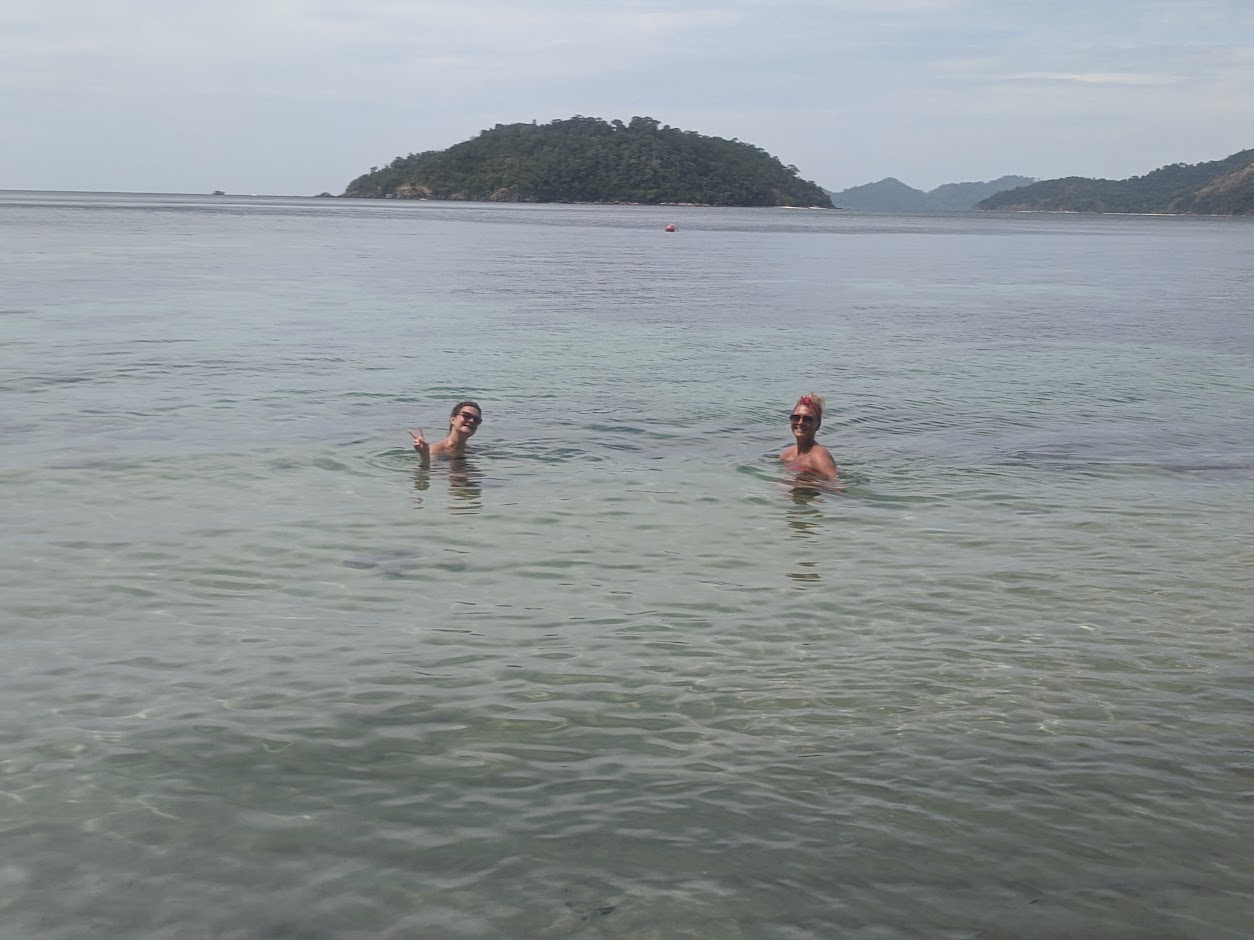 Lidia, Simon and Luna were also at the Reef, so it was great to see them. We didn’t spend a lot of time together but got to visit with them randomly at breakfast. We also got to spend some time with Ivan as he was helping at the Mojo’s.

It was great to see everyone again and meet new friends. Bram arranged a visit to Chip’s beach and some snorkeling trips to Adang. The winds were strong while we were there, so we didn’t get to have a big day. Our day trips were a lot of fun and we enjoyed spending time and just relaxing together. We had lots of fun trying different restaurants and just hanging out together. 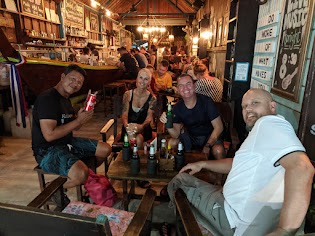 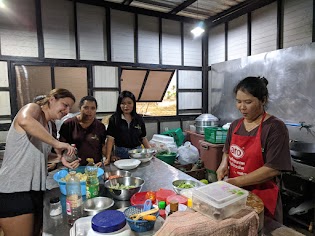 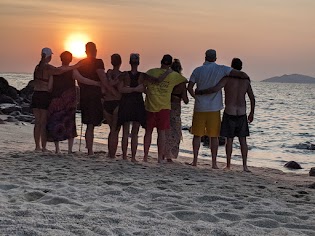 Our plan was to go back to Sri Lanka, Cambodia and then Chiang Mai, spending time with God and Yves before possibly heading back to Canada. We did have tickets booked to return at the end of May, but weren’t 100% sure what we were going to do. Then Covid decided it needed more attention.

The news was filled with covid spreading, countries were starting to close their borders, we were warned to be more cautious, flights were being cancelled and people were cancelling trips. The more we heard the more concerned we were and the need to make a decision was becoming apparent. This was a very difficult decision for us… while we could get to the countries we weren’t sure that we’d be able to get out if things got worse.

Our families were growing concerned with the way the virus was spreading and had expressed that to us. We made the decision that it would be safest to head back to Canada early. We thought this would be a good opportunity to get started on our van plan. We talked to Paul’s parents about staying with them for a few months while we built the van… being that Creston was so close to the border, it made sense for ordering items from the States. We talked to the Reef who let us leave our reservation early and got on the phone to ANA. I can say, ANA were great. They helped us get a reasonable flight home, even calling us back when the phones cut out.

We made plans to fly back on March 9 instead of our original departure of March 17. Ironically we all left Lipe around the same time heading back to our respective countries. We managed to see Watermelon on the way back, she was working at the Pier so it was a quick hello, goodbye. We flew to Bangkok but didn’t go to our usual home away from home, The Vie. We decided to be more careful and just went to the airport hotel, that way we could avoid the trains and crowds. There weren’t many people at the airport and we were able to grab a quick bite and head to the hotel. 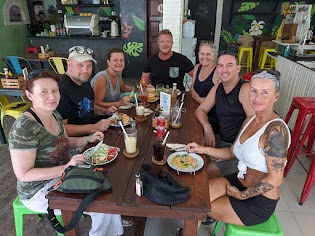 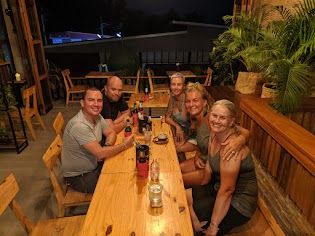 Our last night with Rudi, Laura and Beka 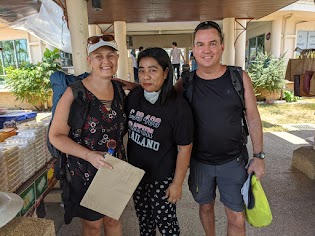 We had a nice surprise when we got to our boarding gate the next morning, Greg and Debbie from PEI were there. They had spent about a month in Vietnam before heading to Thailand for a couple of weeks. Their trip was ending and after a great time, they were happy to head home. We were all flying through Haneda. We had a nice visit before we boarded the plane.

Their flight to TO was already boarding when we got to Haneda so we all speed walked down to their gate. We were trying to observe social distance but had one guy through the security line stood so close to me that our backpacks got tangled. We did our best to avoid people while waiting for our connection and had one of the most expensive smoothies we’ve ever had. We had several hours to wait for our flight and kept to ourselves as much as possible. There were people in the area coughing and sneezing so we avoided them.

The next flight was packed, again students heading to Canada. We had asked for room but ended up sitting right in the middle of the students. Paul noticed some rows of 3 on the other side of the plane and asked if we could move.

It worked out great, we each had a row of 3 seats so were able to stretch out and relax. The only hiccup was the fact that I had to ask the stewardess to grab my phone, I had left it in the seat pocket. Thankfully, it was easily retrieved and we were able to sleep a bit.

We landed in Vancouver, checked into our hotel and let families know we arrived. With Covid restrictions we didn’t see Jayne, things were already being shut down in Canada and people were concerned about the spread. We went and grabbed a sub from the food court and headed back to the hotel. After a good sleep, we were off the next day on a flight to Creston. 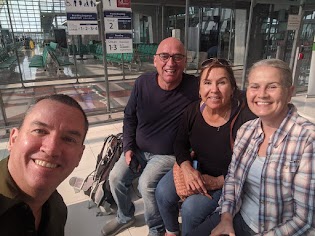 With Greg and Debbie, BKK 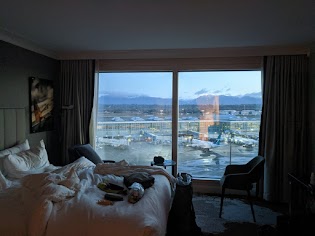 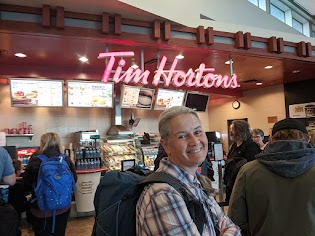