So we arranged to get to Cambodia by ferry to the Vietnamese mainland through Andy at Oasis Bar. They arrange you to be met at the ferry, taken to the bar then off to the border. Mr. Chen helps you at the border and gets you in a taxi to your final destination on the Cambodian side. It was great. And everything went smoothly, no delays at either border and we were at the guesthouse by lunchtime

We weren’t able to get into out usual NyNy Hotel with it being over the Christmas, New Years holidays so we booked at Stay Inn Kampot with Gilly and Noel, which was right across from Razorbacks. We had also booked a Christmas dinner of turkey/ham with all the trimmings! Lee had gone back to spend the holidays with his family but was heading back a few days before we were booked to depart.

Being that Razorbacks was so close, our first night was a stop in to say hello. The next day we headed out around Kampot, found a place for breakfast and wandered around to see the changes. Christmas Eve we had a late night at Stumble Inn so we were a bit slow on Christmas day! Had a really nice meeting with various people at lunch and then went out again. 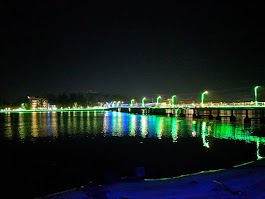 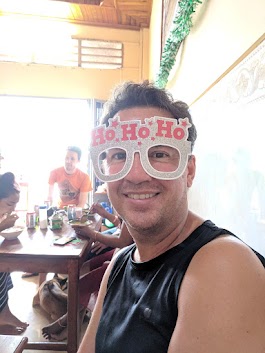 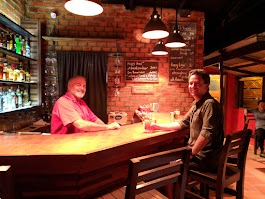 Stay In is a nice place but the location was right beside a “rooster” fighting place. We also didn’t have air con in our room and the mosquitoes were hungry. Really nice room and Gilly went above and beyond, left us a little treat bag for X-mas morning and was very friendly. They even let us do laundry which is a bonus.

We did a walk over to NyNy and were able to book for our last 8 days in the usual AC room. We went to see James at Aroma and saw Sydney, Jem and all sorts. We met a lot of LFC supporters at Couch Potatoes, Alan being the main one. Jem even opened at 3 am so we could all go watch a game. We spent a lot of time at Stumble Inn with Harry and Keemie.

On New Years Eve we went for dinner to Razorbacks to see Dean, Dhieu, the kids and we had a great visit. They weren’t sure how long they were staying open so we headed to Stumble Inn. When we got there, they had a sign saying “private party, locals only”. While we were standing there figuring out where to go, Harry waived us in and said we counted as locals. We felt pretty special. We stayed for a while then they closed for fireworks so we wandered around, had a beer with Sydney before heading back across the river. Will admit, it’s a bit of a blur but video evidence shows we had a great time. We stopped in again at Dean’s, they were still around and then went home.

Unfortunately Dean ended up getting Dengue so we didn’t get to see them till just before we left. We were lucky when Justin, Srey Pov and the girls invited us over for dinner. We had a really nice vegetarian supper and visited for some time. They no longer had the restaurant and were in the process of moving countries. We ended up moving to the NyNy just after New Years. Found Texas BBQ to say hello but they weren’t doing breakfast anymore :-( Kampot was a really mixed bag this time… we didn’t rent a scooter to go riding the red roads or up to Bokor. We spent our days wandering around, eating and drinking coffee or visiting. Lee came back before we left so we were able to spend a few nights out with him. 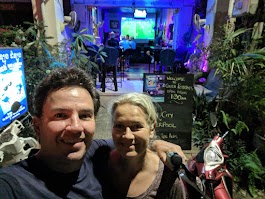 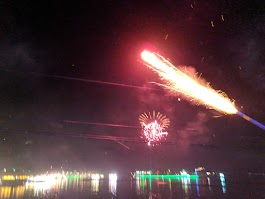 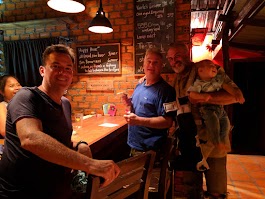 We got some really bad news while we were here that my sister, Gillian, was diagnosed with pancreatic cancer. At that point she was still undergoing tests to see what was happening so we decided not to head back to Canada right away. Gill had suffered for years with Polycystic kidney disease and was on dialysis. A few years ago she had a transplant so had to take certain medications, even though it rejected, she had to continue the medication. She had been through so much already that this was heartbreaking. Gill is tough, cynical but positive and one of the kindest people I know. It was devastating.

While we were in Kampot we got it into our heads to try a thru hike and settled on the Pacific Crest Trail. I honestly don’t recall how we decided this but I do remember being on our phones at 2 am trying and succeeding to get permits! I think we shocked ourselves by doing this! This meant that we would be heading back to Canada to get ready since our permits dates were late March and early April. This was good because it also meant that we would be coming back and would be able to see Gill. We enjoyed our last few nights in Kampot and booked a taxi to Phnom Penh. Next stop was Malaysia.