Well, here we go again… same, same but different! Several friends had gotten in touch and were all planning on heading to Lipe for February and March. We hadn’t seen Bram, Alyssa, Rob, Laura or Pascal for some time so we were excited to see everyone. We got in touch with Mikkel and Nok to arrange our stay at The Reef… after last year we had to get the balcony room again!

Our flight to Hat Yai was another early morning one so we could try to make it all in one day. We also had a 3am LFC game so we would be up anyway. Everything went smoothly, Nok arranged a taxi for us so we made it to Pak Bara with plenty of time to spare for the 1pm boat. While sitting there we thought we saw P’San and P’Tai from San Pita but weren’t sure. Next thing you know, out of the corner of our eye we caught sight of a couple, who looked familiar. Then Paul said “I recognize that leg”! How lucky are we, it was Bram and Alyssa with their baby! We all got to ride the ferry together! 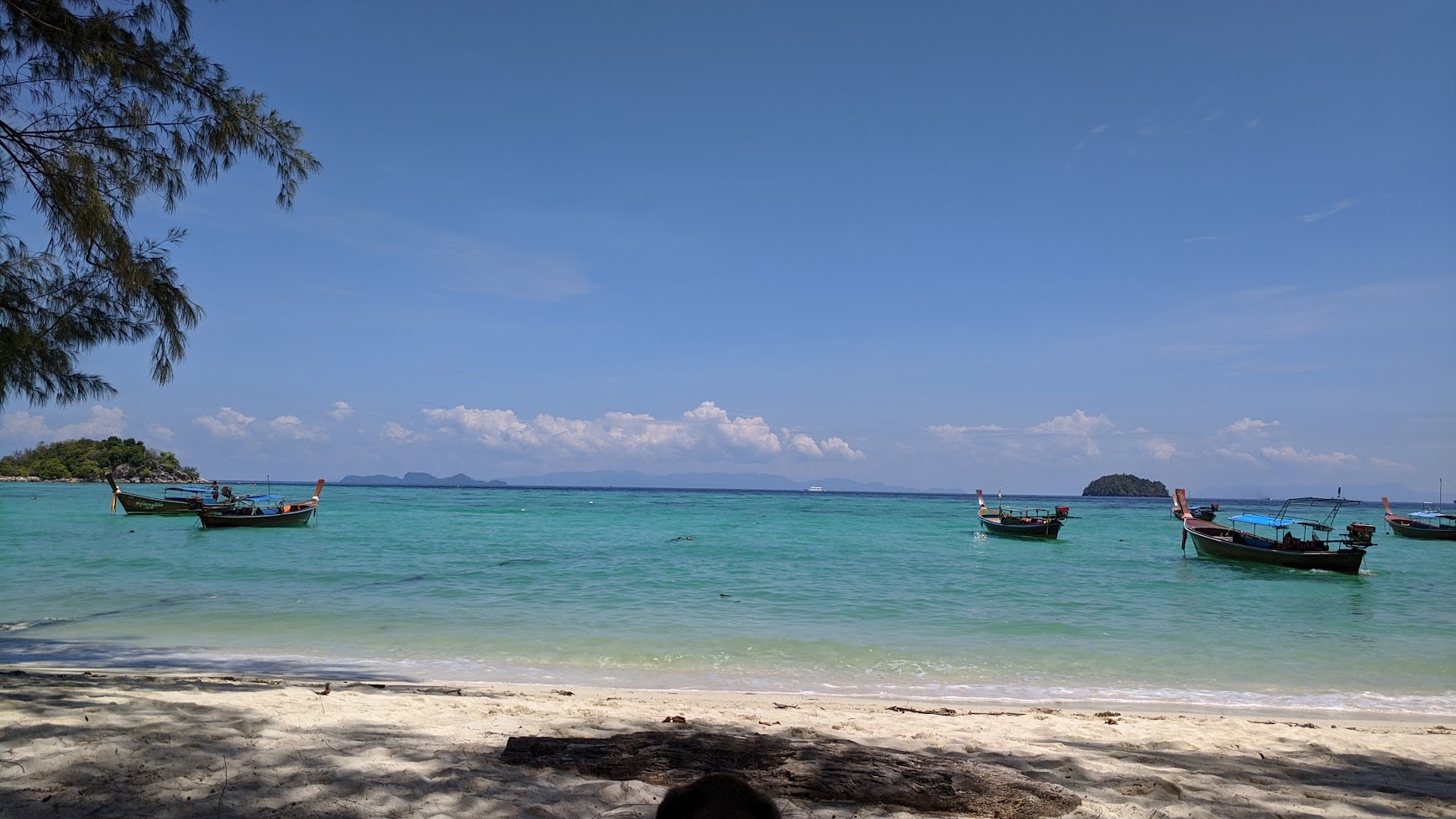 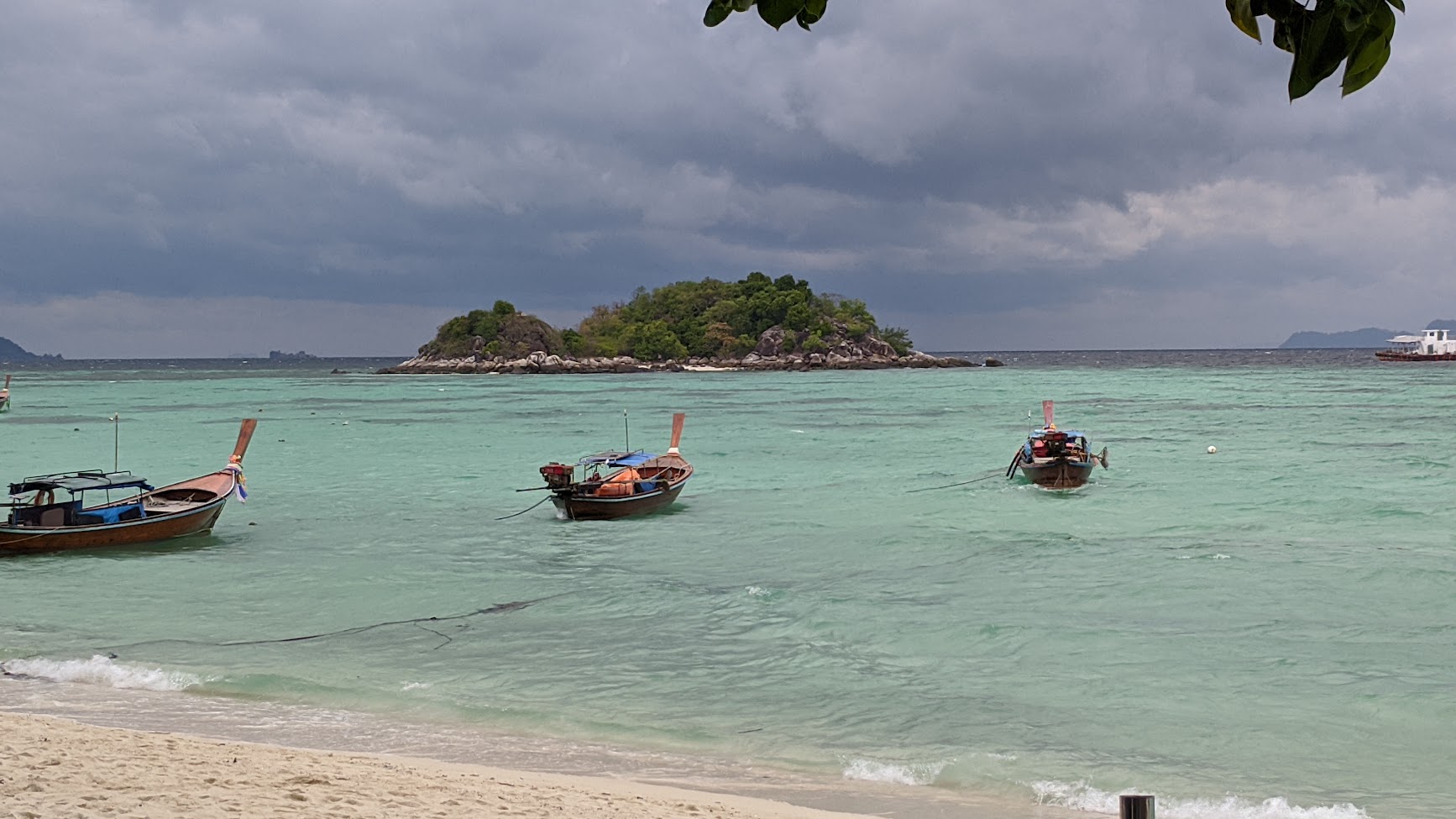 Had a great ride over and headed to our other home away from home, The Reef. We were greeted by Nok and Mikkel plus their baby! Pascal also arrived with his two kids! See a theme here? It was great to meet these new additions to the Lipe family and we were lucky enough to spend time with them. We quickly got settled and then headed out to meet Rob and Laura. It was great to be all together again.

Romana and Tomas, P’Oh and P’Su, Fred and John, Tic, P’Nem, Bird, Dabee and all the usual suspects were there! Somchai even arrived for a week or two. It was great to spend time together. Bombay, OMG, La Luna, Nee Papaya, Elephant and Thaidurhm were first on the list for meals. We branched out this time and tried the Box, Ten Moons, Ranee Seafood, Castaway, Wapi and had numerous soup nights with soup from P’Choom. We had Moo Kata at OMG, one of the best we’ve had in Thailand. For those that don’t know, Moo Kata is a BBQ, hot pot type of meal… usually over coals, so it adds to the surrounding heat. At first we weren’t massive fans, we enjoyed the ones at a friends house, but we ended up having several at OMG, they were that good! Bombay, Wapi and Elephant knew our orders so we had become predictable again! 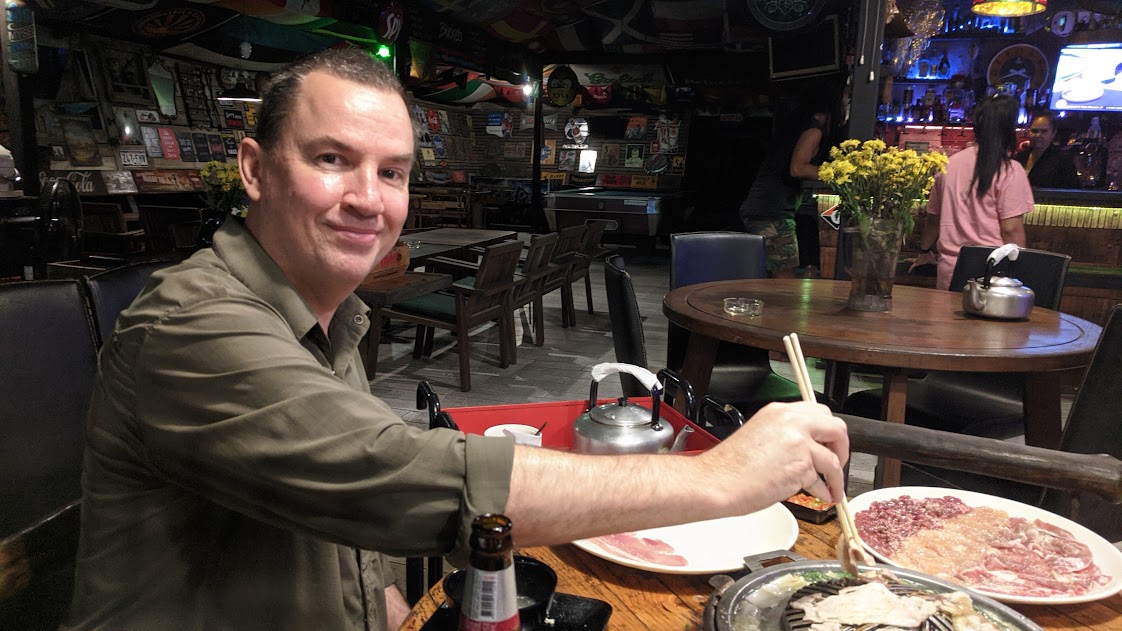 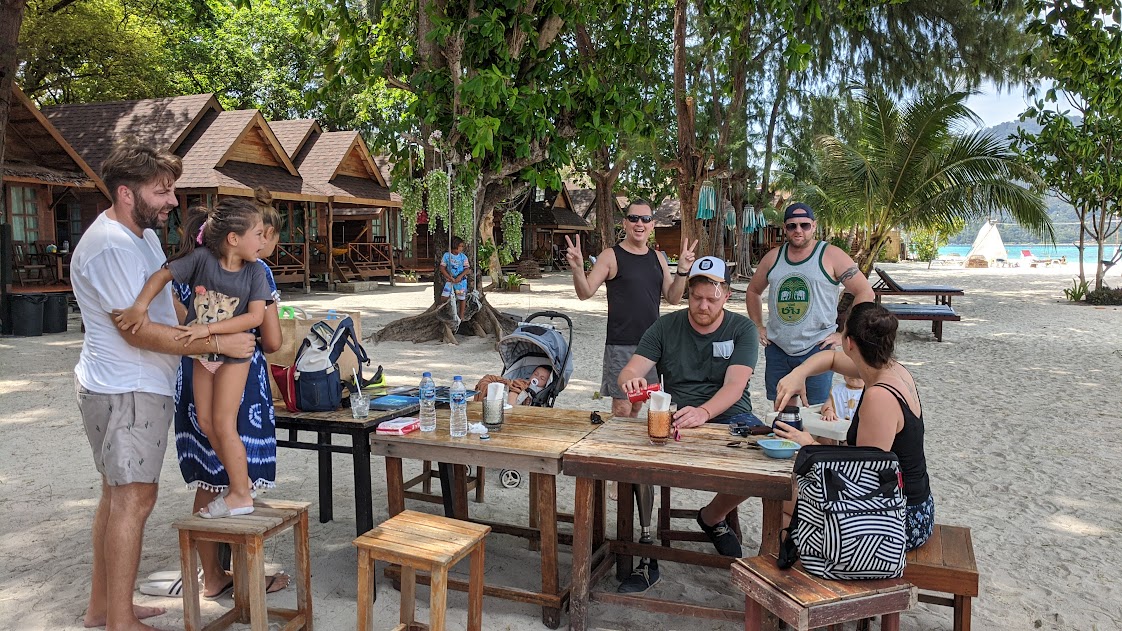 Majority of the Crew 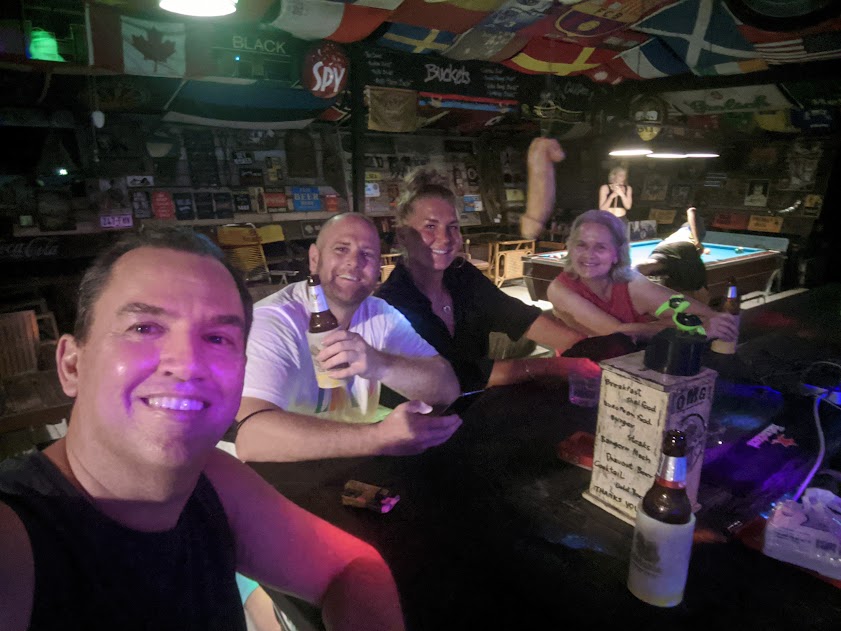 We spent time in “the arena” playing cards, beach days, shade days and doing nothing days. I ended up going completely bonkers and joined the gym at Idyllic… thanks to P’Su, Laura and Romana who encouraged me to go. Alyssa also joined and we started “hitting the gym” in the mornings. Kids and gyms!?! This was not our usual Lipe trip but it was still awesome. Paul’s skills as an “espresso machine repairman” were called upon again and San Pita was back in the latte business. Remember a few years back, I made a comment about someone drinking my beer Lao? Well situation rectified by Bram and Alyssa… thanks guys!

We heard about a lot of changes by Andaman so went down to have a look. A large part of the prior area has been leased out long term to another resort. End of an era. Most of the area is under construction and many of the bungalows, that were not that old, were torn down. There is another high end resort around the corner by Zodiac. Mountain also had a lot of construction going on so the island is still changing. 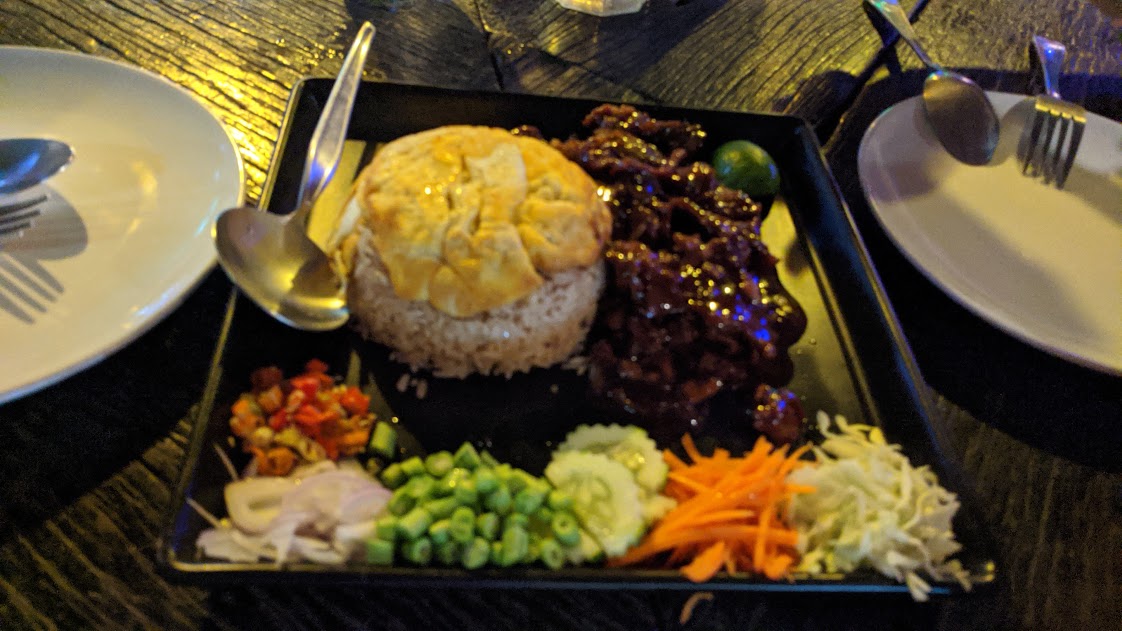 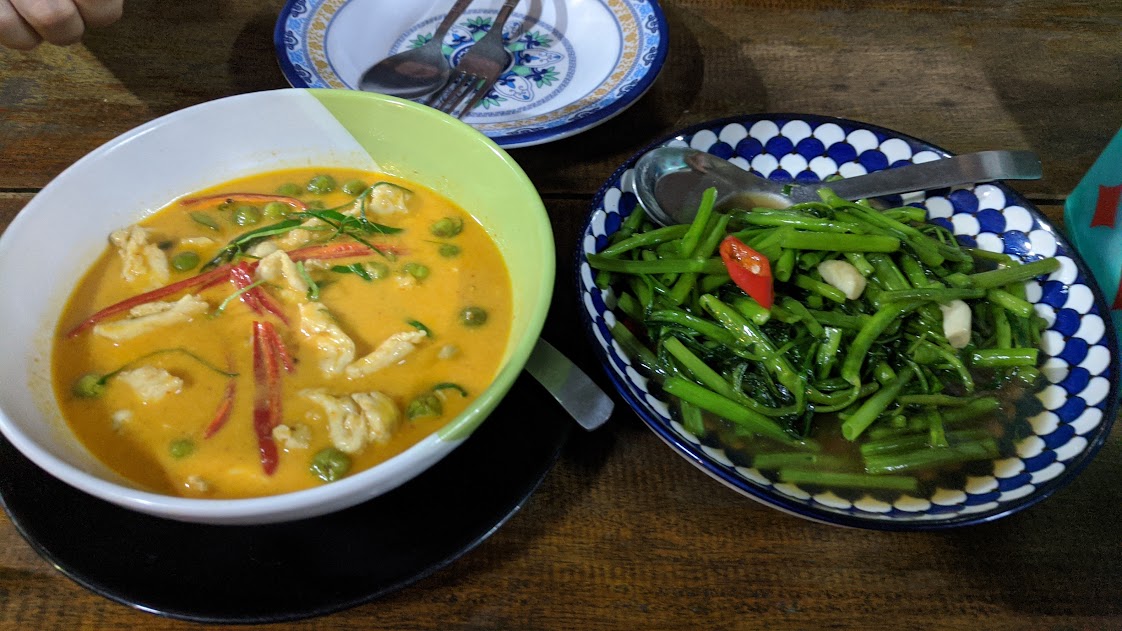 It was sad when everyone started heading back home but we were so happy that we got to see everyone and reconnect. We started getting ready for our own impending departure, Paul had found us some really good flights back to Canada… can you say mistake fare and e-upgrades?

Lots of people ended up with Covid, so we continued to be proficient with ATK tests and were careful when we were out. Paul ended up getting a nasty sinus cold with a sore throat so that put a damper on our last couple of weeks. We decided to spend 2 nights in Hat Yai on the way back. Paul was still recovering from his cold and was exhausted… and Dr. Strange Universe of Madness was out so we used that as an excuse! We were also able to head to the sushi place in the mall next to where we stayed… an added bonus. We had one night at the Novatel in BKK and then off on the journey to Winnipeg and new adventures!