What? Wait Manitoba? Yep, you bet and what a wonderful time it has been. We spent the month of May in Creston getting vaccinated, helping Paul’s Dad with building a deck, seeing our friends Pati and John and trying to get organized for the continued van build. We had a quick trip to Calgary to see my Mom. She ended up spending a night in hospital with her heart so we went to make sure she was okay. Our family situation was handled as much as possible and we needed to locate a place to live and work on the van.

The rental situation in Creston is worse than ever. House prices have gone through the roof, people who previously rented homes were putting them on the market. So not only the usual summer renters, but now long term renters were looking for places to stay. Jack and Emmy’s place, where we stayed Fall 2020, was rented and most other places wanted a long term lease. So our options were non-existent and we needed to look elsewhere. 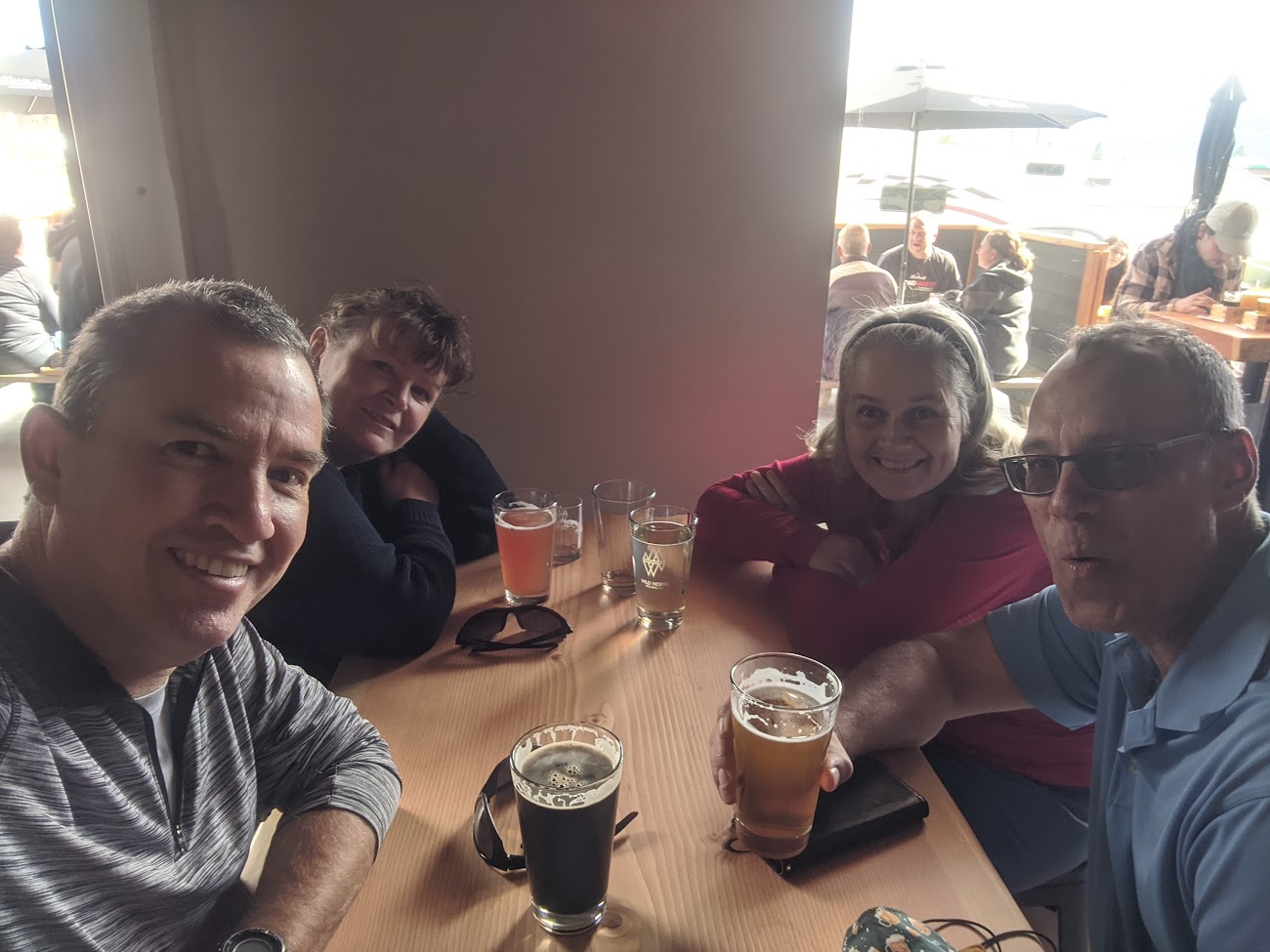 Luckily for us, Paul’s brother and sister-in-law, Bill and Tracy, had a spare room and loads of space for us to get some work done on the van. On June 22, with the van loaded up, we headed to Manitoba! We wanted to limit our exposure to covid as much as possible, so we decided to make the drive in one go. It was 16 hours, but we figured it was doable with swapping drivers and an early start. We also brought lunch and snacks so that we didn’t have to have to go into many places. We stopped at Crossfield, Swift Current, Broadview and Brandon… making driver changes at each stop. We got to Glenboro around 11PM. Thankfully Bill came and met us near the local park, it was dark and Google Maps wasn’t clear. We were also seeing green lights hovering in the dark on the road… it was actually deer getting up and standing on the road but it really did seem freaky.

Years ago Bill and Tracy had moved to Manitoba and bought a 1920’s farmhouse outside of a small town called Glenboro. It’s a lovely place which they have renovated and restored, but have still managed to keep the original character of the home. Their sons, Joe and Michael, are living in town while Bill and Tracy have 7 acres of land. They have really made this town their home. Setting up the head office for their business, Tracy being on the town council and they even have a rental property. They have 3 dogs, who are great, Rex, Missy and Max… well, Max is a puppy who is challenging but he is adorable. If you can make it past his drool. It’s very peaceful here and it’s been wonderful to reconnect with everyone. WARNING: unless you want to be ruined for anything else, do not spend time on a screen porch during a beautiful Southern Manitoba summer… it truly does ruin you for anything else. 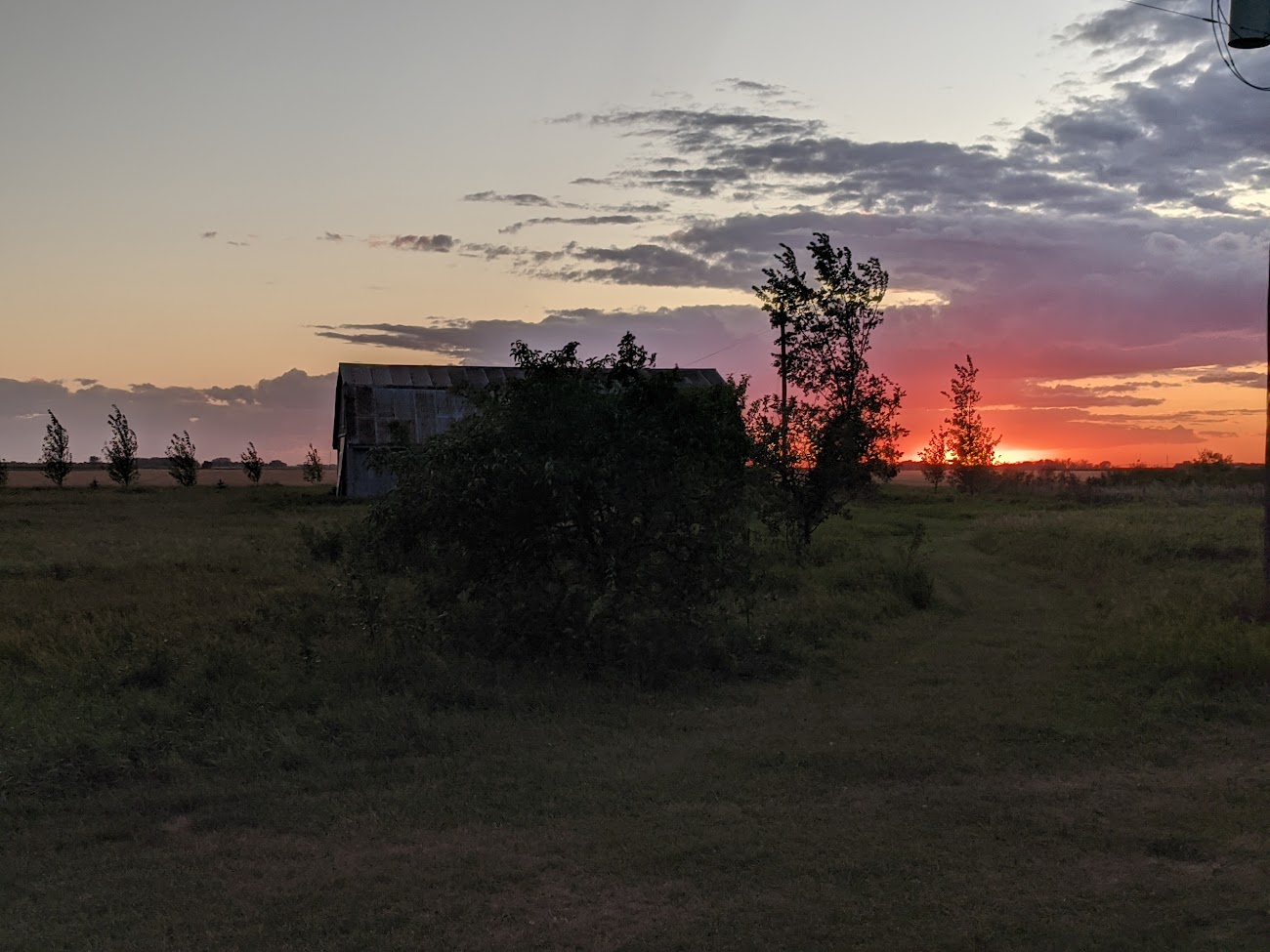 Unfortunately a bit of bad luck occurred and Paul broke 2 bones in his foot… he missed a step going down the unfamiliar stairs in the dark. Glenboro has a hospital so we were able to go get it checked, then we were off to Brandon for a walking boot and the fracture clinic. That has put a damper on us being able to get some things done on the van as Paul can’t put too much pressure on his foot for 6 weeks. The US border is also still closed, so we are still struggling to source various van parts which adds to the delays. We have managed to get some things completed, the sliding bed set up and planned out the interior. Tracy has introduced us to the guys who run the woodworking shop at the local Hutterite Colony, which is great. They were able to do some of the bigger cuts on their industrial table saw. So not only has time with family been wonderful, we have been able to get some forward momentum on the build. Manitoba was such a surprise for us. I think, like most, we’ve always thought of it as Saskatchewan East but it’s not even close! Sure there is lots of farmland but the majority of the area we were in was trees, rolling hills, creeks and provincial parks. It is a beautiful area and has lots to offer. The Spirit Sands Provincial Park is close by, Sara the Camel, the local drive in which has awesome burgers and a quick drive to Wawanesa for some delicious pizza. It’s only an hour from Brandon and two from Winnipeg, so it’s easy to get to the bigger centers. What wasn’t surprising is how friendly everyone was… from the local grocery store, the drive in, the coffee truck, everyone was very friendly. The sunsets were often spectacular and being away from any ambient light made stargazing perfect. Don’t ask me about racoons!

Tracy gave a master class on canning salsa, zucchini, potatoes, carrots… you name it, she can can it. Bill is a mixologist and introduced us to all sorts of new cocktails… he also barbeques a mean set of ribs. The rub on the ribs is an old family recipe that only Tracy knows, but it knocks them out of the park. They had raised pigs and goats so eating homegrown meat was a definite treat. The time we were able to spend here was special and will always be a memory that we will hold onto. 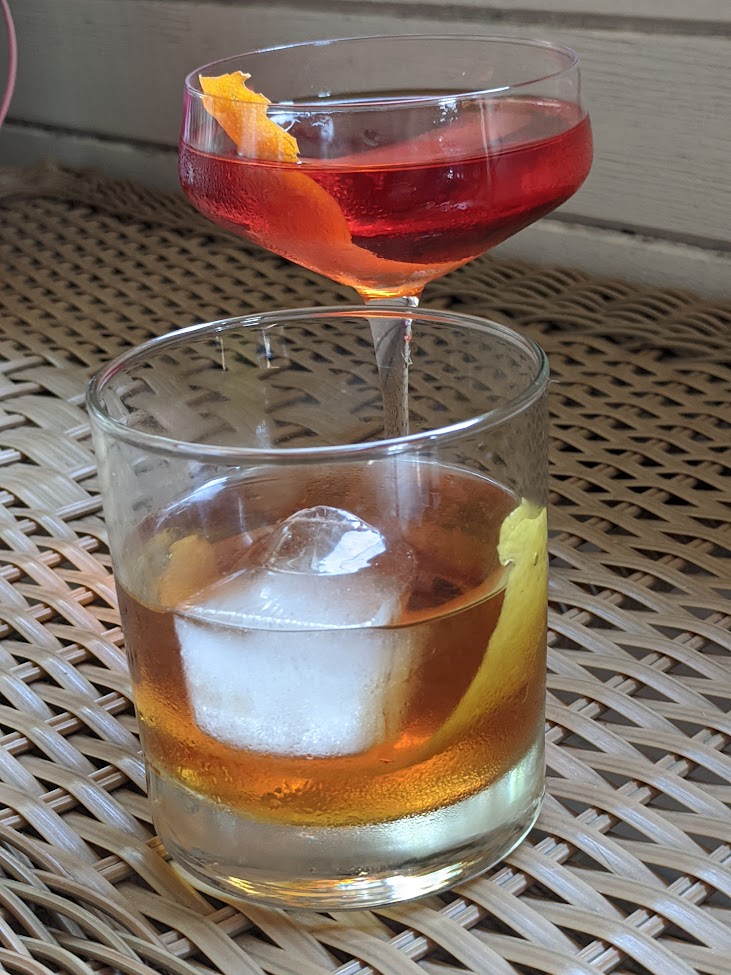