With the resurgence of COVID in Canada, they had made further entry restrictions. For Canadian citizens we had to have a negative covid test result within 72 hours prior to arrival, take another test on arrival and go to a quarantine hotel for a minimum of 3 nights or until we received a negative result. If you received your negative results in less than 3 days, you were not reimbursed for unused nights and still paid the full amount of $500/night BUT then you were allowed to move to your final destination using air, train or any form of public transportation! Once you were at your final destination you had to quarantine for 14 days with another test on day 8. I wouldn’t consider myself political but I have to say these restrictions were useless and were only so the current government could say “hey we did stuff”. Our quarantine in Canada cost almost as much as our 15 nights in a 5 star hotel in BKK… CRAZY!!! Anyhoo, back to the story…

We arranged a covid test in Hat Yai at the Bangkok Hospital. The staff here were great and efficient. Nok had helped us arrange a taxi and hotel for the night which made it easier. We got the test, ran some errands and hung out in the hotel to avoid the most recent outbreak. Luckily, we had the negative results within less than 24 hours so headed off for our flight to BKK that afternoon. The flight was surprisingly busy considering the increase in cases but it is a popular route. We had all the forms and apps we needed this time, so were able to disembark quickly and head to the hotel. We weren’t able to get in at the airport hotel but found a place nearby. Covid had really taken hold in BKK so we didn’t want to be travelling far or overly exposed. Ness had packed up some of the stuff we had left in Chiang Mai and sent it to the hotel in Bkk. The parcels were waiting when we arrived, so we repacked, had a room service dinner and got organized for the next morning… our flight was early, departing at 5am. There also happened to be an LFC game at 3am so we were up for that.

We had a scare at check in when they almost didn’t accept our covid tests, our passport numbers weren’t shown on our results certificate. Paul sweet talked them into accepting them by constantly showing the Canadian Government requirements and we were able to finalize the check in. The shopping and food courts were closed due to COVID but we were able to get into the one lounge that was open. Even the immigration guy was sleeping… we had to wake him up to get stamped out. 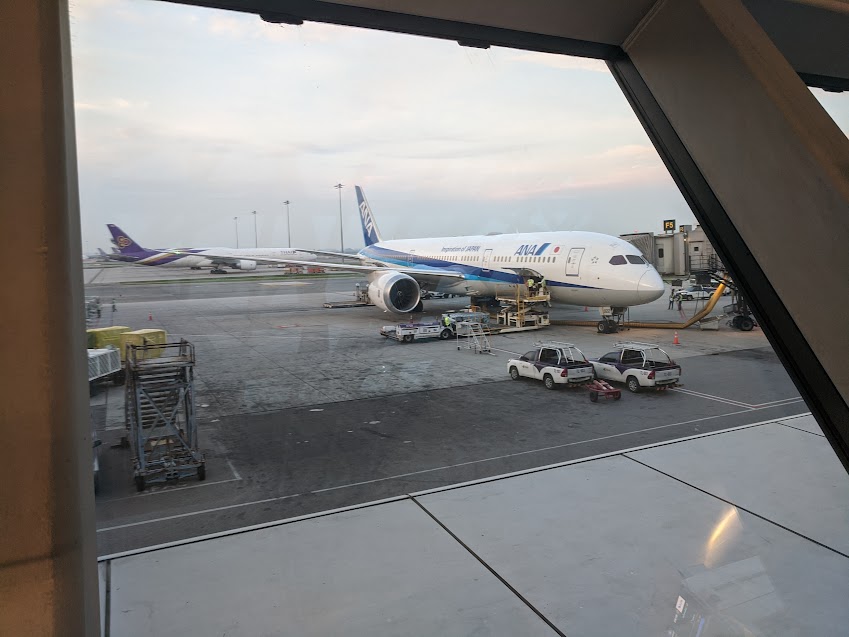 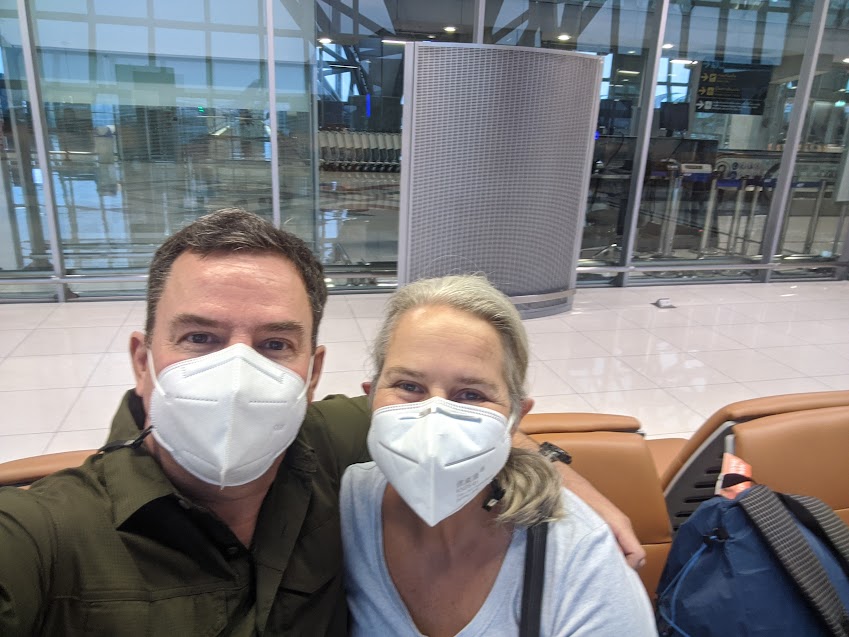 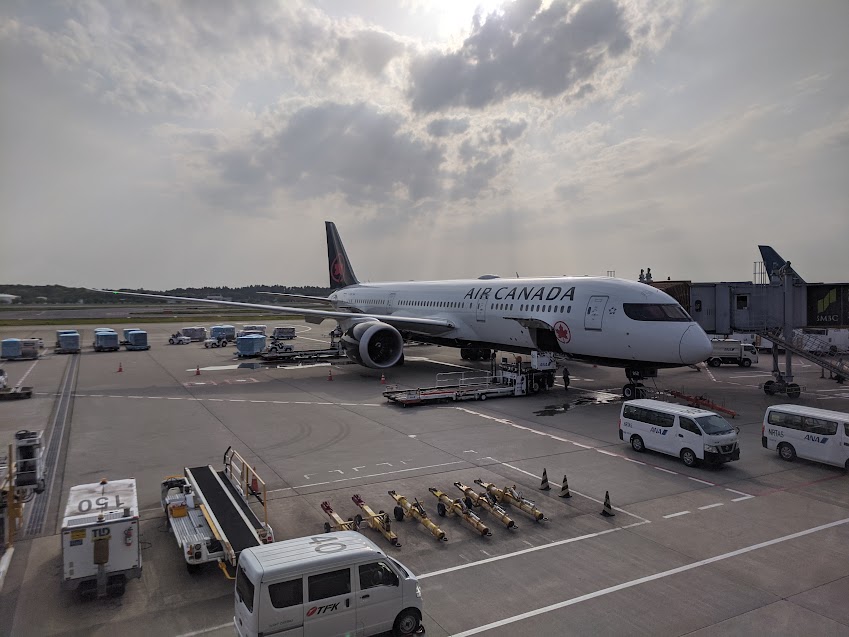 We were lucky that we were each able to get a row to ourselves on the flight from BKK-NRT. The flight wasn’t full but not as empty as expected either. It was pretty uneventful and we landed in NRT. Nothing was really open here either. We walked through, following the protocol to get to the room where all our paperwork was to be checked. The room was packed with various other flights, the majority of people connecting from Manila. It was hard to watch as some people who had been on long flights were having problems with documentation and were having a rough go. The staff here were excellent though, trying to help everyone, getting on the phone to the embassy and all sorts.

We showed our documents and provided information at our turn, everything was accepted and we headed to the gate. When we got there, it was fairly busy for an Air Canada flight. I asked at the desk to see if we each had our own row. Turns out someone was sitting beside Paul. The gate attendants were really nice and managed to move us both to an area where we had our own row. There were a couple of people being horrible, one man in particular, and you could tell the gate attendants were getting upset. The girl I had spoken to was great and told me to come up as we were about to board so she could make sure we had space. I went back and got the thumbs up, so excellent for us. The annoying individual did not get his request met, which was no surprise but good to see.

We normally try to avoid Air Canada for long haul flights due to subpar service, but our options were limited this time. Shortly after take off we were reminded why this is. Meal service started and despite ordering a gluten free meal, I was given a regular one. I asked the attendant if this was gluten free, I was told no special meals. I said I wasn’t told that and was able to select gluten free when we booked a few days prior. To this I received a “Not her problem no special meals”. When I asked what it was I was told “chicken, eat it or don’t”. Turns out it was chicken and pasta with a wheat germ bean salad. In the end I had the chicken and the beans from the salad. I had issues with the same individual when I put on the service light for more water… it was on for 10 minutes and no-one answered. I ended up having to go and ask, I was told “it’s over there, grab it yourself”.

Anyway, we eventually landed and escaped from the grumpiest ever stewardess I’ve experienced. While it was great to be back on Canadian soil, it was a totally different experience than landing in Thailand. We weren’t blocked off from other passengers, no enforcement of masks and there were no staff making sure people did what they were supposed to until customs. We were quick to get through with Nexus, but ended up having to wait for our luggage which luckily made it through. There was no full ppe but at least people were wearing masks.

We had preregistered our info for the covd test so that should have been quick and was for Paul. The lady helping me couldn’t get her computer to work but eventually her coworker did and we went through for our covid test. This was really quick and easy, no brain tickle! Then we picked up the Switch Health 8 day test and headed to the hotel pick up. We were asked where we were quarantining and then told to take a cab… seriously not taking covid seriously. We made it to the Sandman and checked in. No one in PPE, we weren’t escorted to our room and there were no masks or sanitizer. At this point it was obvious that this quarantine was just a political move. We registered with the Arrive Canada app as well, so completed our check in.

We had chosen our hotel based on the price and the fact there was a Moxie’s so we could order our food directly and not be stuck with room service. The bonus was they had gluten free options for me. Horror stories had been shared in various groups we followed, many people were having serious problems with horrible food, not meeting special needs even to the point of no food! We were given a $300/day allowance to use for whatever we wanted from Moxie’s. We made our “we are home” calls, ordered a snack, had a nap and ordered dinner and settled in to wait for our results. We got our negative results within 15 hours so at 3am Paul was on the phone and arranged our connection to Creston for later that day. We found out we could use our unused food allowance to purchase unopened liquor so we bought some wine since we had $700 left over. We paid restaurant prices but it was better than nothing!

We headed off the next morning to get our flight back to Creston. John picked us up and we started our 14 day quarantine. We received 2 phone calls during quarantine but no door checks. The same groups had shared horrible experiences with Switch Health. We had a few issues, when we registered our tests to arrange our appointment it showed my test as completed. We ended up having to call and they adjusted something on their end so we were okay to continue the process. On day 8 we arranged our Switch Health video test, which was nerve wracking, but went quickly. Another issue was when mine wouldn’t update to show the test completed, which resulted in another call. Then Purolater wouldn’t take both tracking numbers, so had to call them. Many people had nothing but problems, lost tests or ruined samples, not getting results and all sorts of problems. Turns out a person involved in the upper levels of politics was also involved in Switch Health… go figure. Anyway, despite our concerns, things worked for us, we got our negative results on our last day of quarantine and that was that. 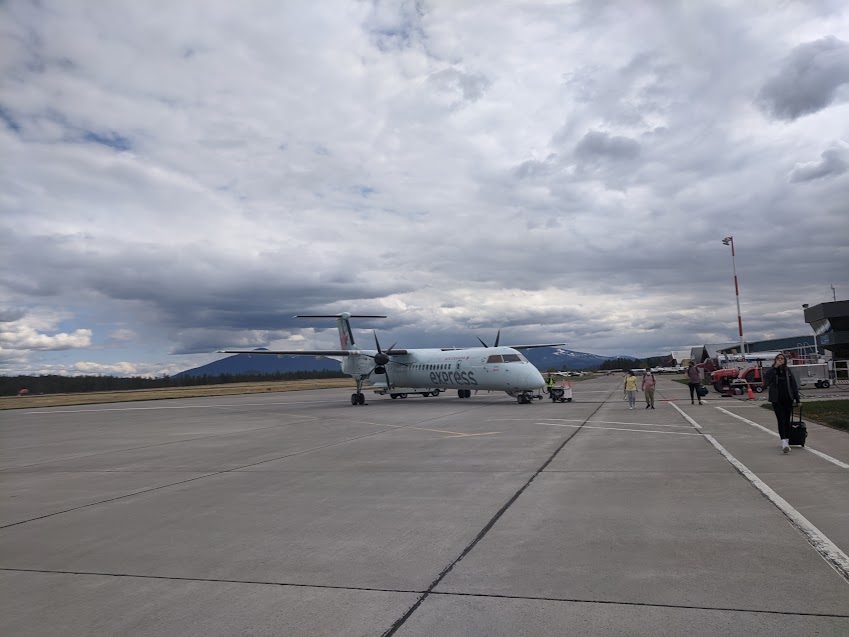 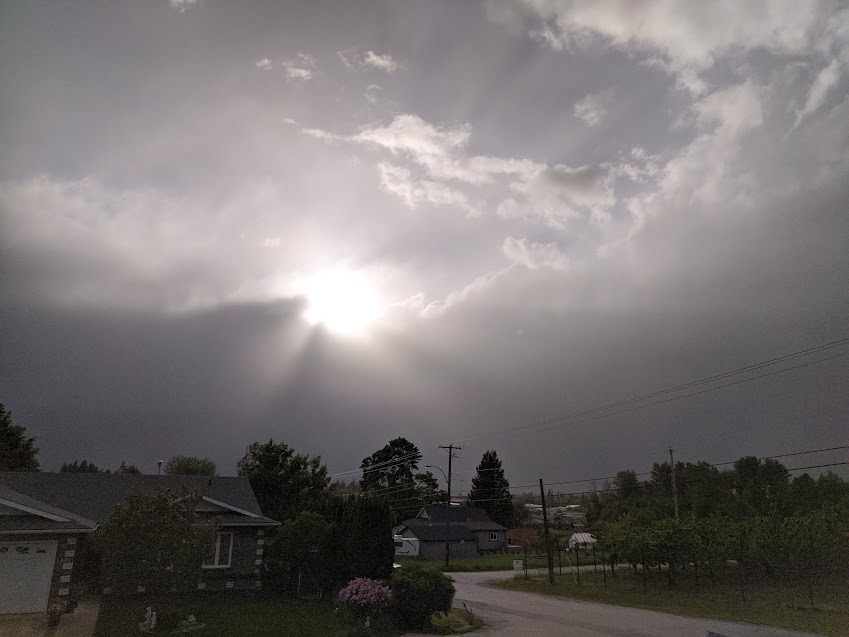 Funny enough after quarantine we received 2 more calls, one asking for Paul to review the process and one asking if I was still quarantining… I said no because my 14 days were completed and I had my negative results. After reading more about the problems others were having going through this, we realized we were very lucky to only have a few minor issues.

Not political, but Canada could have and should have done better. It was obviously just a bit of showmanship on behalf of the government and wasn’t intended to really do anything. Many other countries enforced a quarantine for a minimum of 10 days in a hotel. I know it’s expensive and for many a pain, but it was proven to work and was the cost of choosing to travel. Canada’s handling of this seemed very ineffective.