We knew we wanted to put solar panels on the roof so that meant we needed some kind of roof rack to hold them up there. We also had the idea of just using a tarp attached to roof rails and then to telescopic poles for a DIY awning setup. The first solution was the Weatherguard rails. I was already to pull the pin on them via Amazon when I found out about the Transit’s sloped roof. Turns out there is a 5 degree slope to our van roof. So when you attach rails on each side you need to take the roof angle into account before attaching anything. As we were ordering our Thinsulate insulation and Maxxfan adapter plate from Hein’s DIYvan store, we decided to also go with his Ford Transit Roof Rail Pad and Bracket. These brackets work with sticks of Aluminum 15 series 80/20. The pads that come with the brackets also take into account the 5 degree roof slope. I decided to buy the 80/20 and assorted fasteners locally to save money. Ended up using a Canadian company called Faztek who had the best prices even including shipping from Montreal. Apart from forgetting 8 plastic push pins, and not replying to my emails about it, they were pretty good. 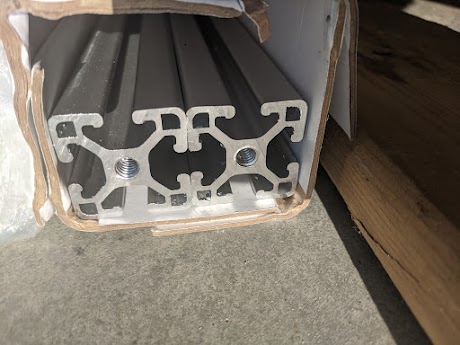 First step is to pry out the caps on your van’s roof covering the factory roof rack threaded holes. I did this on a hot day which helped get them off as they were pliable but made the rest of the job crazy hot. I first would score around the hole cover with a sharp exacto knife. Then I’d pry up the round cover using a small flat screwdriver. There is some black butyl like stuff under here that you need to get out. 1 of our threaded bolt holes did not line up with it’s capped hole. I just used a pair of tin snips to slightly widen the whole and then filed smooth and painted any exposed edges to stop rusting. Use a strong magnet to collect any metal shavings from cutting. A razor blade scraper was used to flatten/remove the raised lip of paint around the circles we removed, being careful not to damage the rest of the paint. Finally cleaned up the circles with some iso propyl alcohol and a scouring pad.

We now had 8 exposed bolt holes and 8 5-degree bevelled pads which will support the 80/20 rails. The pads come backed with VHB tape. Don’t mess around with this stuff! Measure many times before you attach as they are not coming off once you put them down. We loosely pre-assembled each side rail and mounted them onto their plates without exposing the VHB. Once it all looked good I used a pencil to mark around the base of the VHB pad to show where they needed to be. Next we removed both sides and then stuck each pad onto the roof using the attached VHB tape and our pencil guide marks. We used some leftover butyl (from the roof fan install) to seal around the main bolt hole between the pad and bracket as well as around the 8 roof bolt heads. Blue loctite was used to stop the bracket 80/20 bolts from backing out and we also used some anti-sieze on the 8 big bolts going into the roof. !! Check these bolts periodically for loosening !! 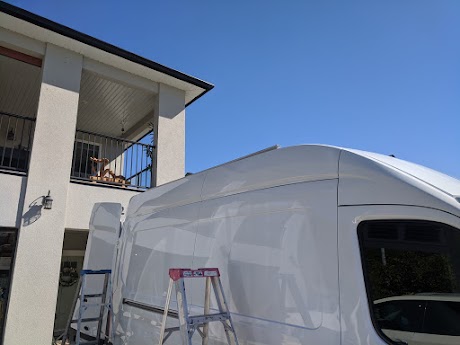 Way easier with 2 people! Ready to line up passenger side pads. 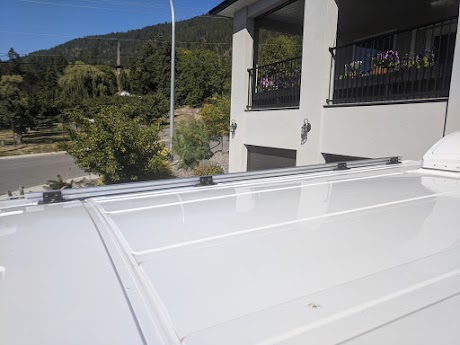 Snug down bolts and then mark around roof pads with pencil 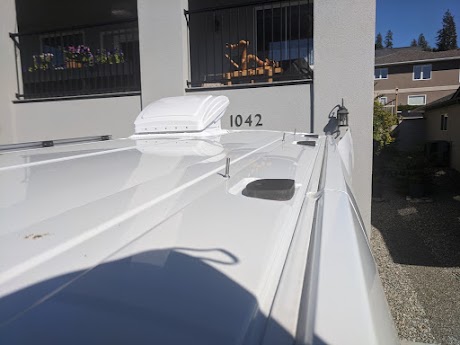 1 side done, ready to test fit driver side and mark pads 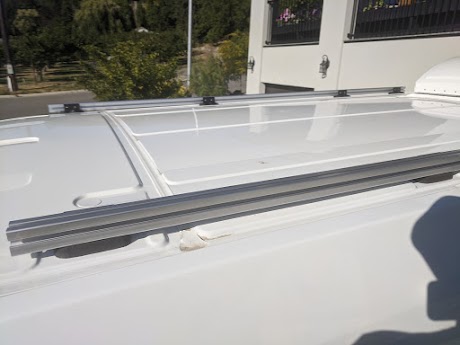 Both sides bolts finished with anti-sieze and medium loctite 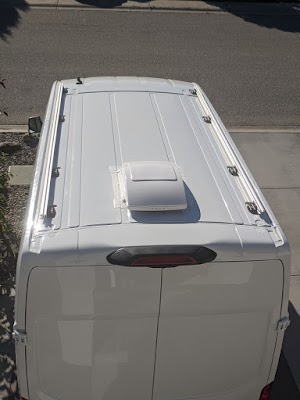 Checks out from above

Always check your roof for stuff after you have worked up there. You don’t want a screwdriver falling off at highway speeds! Went to admire the new roof rails and spotted a forgotten screwdriver a few hours after “finishing” the job. 😲 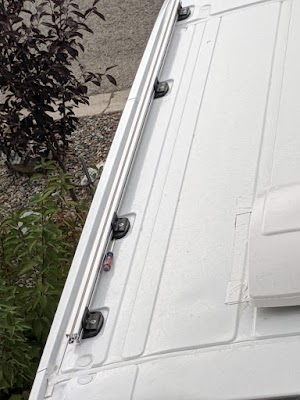 Screwdriver making its break for freedom