John and Rita dropped us off at Cranbrook airport on December 12. It was a nice morning but there had been some snow. We’d left early so we could take our time on the drive and went for coffee together before leaving. Our flight this time was Cranbrook-Vancouver-Tokyo-Bangkok. I had arranged to meet my sister Jayne at the airport. We were supposed to have 2 hours in Vancouver but it was pouring when we arrived and took over 30 minutes to get a gate and get off the plane. We did get to spend a quick half hour with Jayne before we headed through customs. 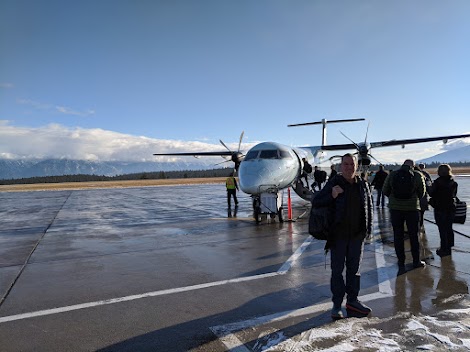 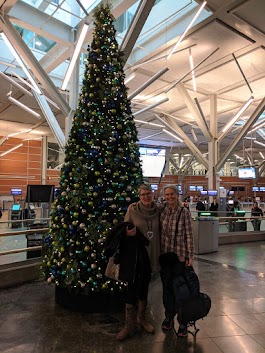 The flights were uneventful, which is always good! There was a long stopover in Tokyo, we were in Haneda not Narita so we didn’t bother to leave the airport. We arrived in Bangkok quite early, but being old hands took the train to our hotel, the awesome Vie Bangkok. They arranged to check us in early, so we enjoyed a nice breakfast before settling in for a snooze.

We slept, went to the malls, ate great Thai food around the corner at Grandmothers and found a place to watch the LFC game at Witches Sports Tavern. We sat at the bar with some other supporters, one of the quieter footie evenings! We ended up taking the wrong train on one of our trips, but we were able to rectify that quickly. After a relaxing couple of days, we headed back to the airport to go to Chiang Mai.

We had booked an airbnb in an area that we were familiar with so it was easy to walk places and go out. Our first night, still feeling a bit jet lagged, we headed off to see God and Yves at their bar. It took about 20 minutes to get to the new MellowMango bar but it was great to be there. Interestingly it was in an area that we had been before, near the old night market and not far from the Top North Guest House where we stayed in 2000. It was great to see everyone and we spent a lot of nights here! 😃 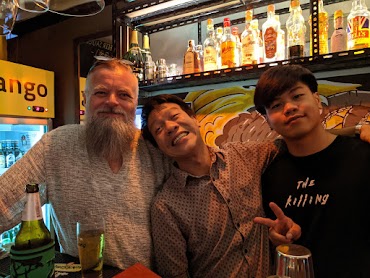 The next night it was off to Small House Cafe to see the owner Dao who we got to know back in 2017. It was a short little walk and we had a nice visit. We had a nice surprise just after arriving in Chiang Mai when we received a message from our friend Yann. In May 2017, we had met Yann in Myanmar and hung out with him, Pat and Liz for a month. Yann had seen Paul’s Facebook post that we were in Thailand and asked where we were. He was taking a vacation and had just arrived in Bangkok but flew up to Chiang Mai the next day. It worked out well because he was able to stay in the same building as us. Needless to say we hung out a lot. 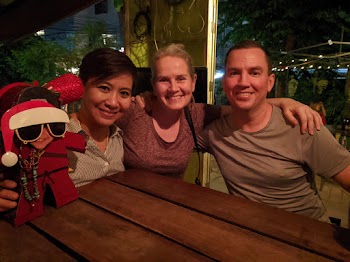 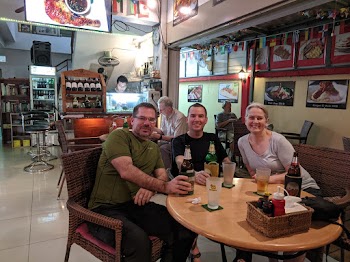 For Christmas Eve, God and Yves put on a huge meal and invited everyone to come and spend time with them. God’s family, his Mom, sister and nephews were all there. It was a great meal with all sorts of different foods and we had a wonderful time. Ness was in town, so we were able to see him and finally got to meet his boyfriend Ian. Bo was also there as he had moved up from Bangkok. It was a great way to spend Christmas and we had a fantastic evening. 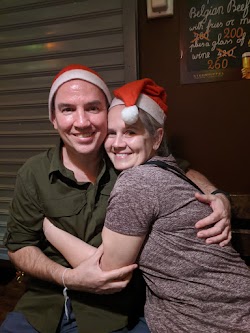 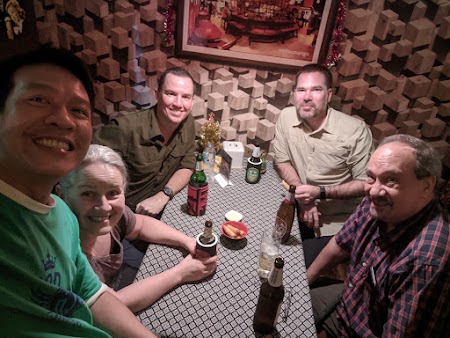 We spent the next week having great breakfasts of either khao soi or brunch, followed by a nice coffee. We found several places that were very close… Khao Soi Maesai, Le Brunch(RIP) and House Number 33. We split most evenings between Small House Kafe and MellowMango. 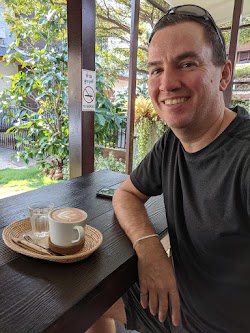 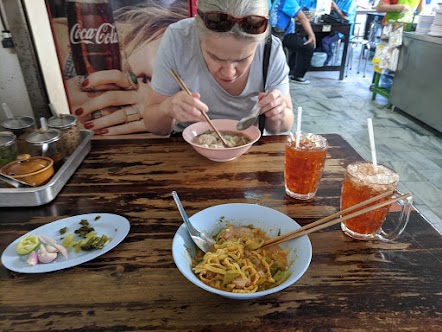 For New Years the plan was MellowMango, then Small House and then to a house party we were invited to. As often happens we didn’t make it out of MellowMango until quite late so headed back to the apartment. It was another great night and we enjoyed seeing all the lanterns. 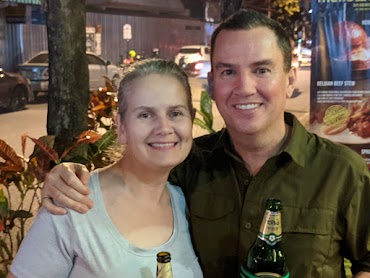 We spent the next week going for breakfast, coffee and Khao Soi, walking around to malls or bars. Even went out for a fancy meal and drink on one rainy evening! Yann went up to Chiang Dao for a while, we had talked about going but decided to stay in Chiang Mai. I had my usual hair cut at NewYork NewYork while Paul went to the barber. On a whim I decided it was time and had an undercut done. I was very nervous so the first day didn’t take off too much… I went back the next day for a lot more.

God, Ness and Ian took us to a local fair one night. God’s Mom and sister were there so we got to see them and hang out for a bit before we wandered around. There were rides, booths, snake charmers, contests and food, so much food. Paul ate a big bag of roasted chestnuts. It was a lot of fun and we had a good time. They started a quiz night at MellowMango so we took our Sofaking selves out to participate while we were there. It was great fun but we lost on an art round the first night and performance was lacking in our next session since we were leaving in a day or two. 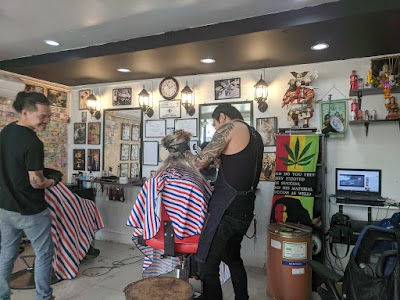 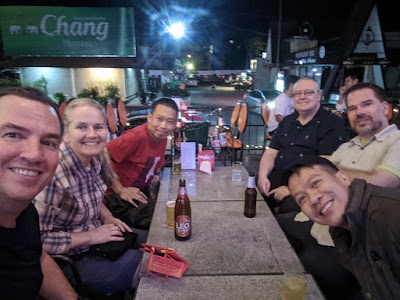 It was great to be able to spend time with everyone and we were sad to say goodbye. We had planned to possibly head back for Songkrahn in April. With that, we took off to Vietnam.