We flew from Chiang Mai to Hanoi, it was a short flight and we arrived in the afternoon. We cleared customs and headed out in the chaos to find the bus. There was a shuttle that was advertised by Vietnam Airlines that could take you down by the Hoan Kiem Lake for 35,000VND. We thought we had found it but they wanted to charge us 200,000VND so off we got. Luckily we were able to find the bus that took us down to the lake area for the right price. They were really nice and asked where we wanted to go so that they could let us know where to get off the bus.

It was neat since we were able to see a lot more of Hanoi this way. It was a much longer ride but it was good. They let us know when to disembark and we found ourselves in an area we knew. We had booked an Airbnb that we stayed in last time, close to our favorite coffee shop. We went for our favorite Bun Bo, then over to Little Bowl for dessert before walking around the lake.

The next morning we were up early to head to Dream Beans. Huyen was there so we were able to say hello and have a much missed coffee. They are now roasting beans as well so it was great. When Tuan found out we were there he called and told us to come back tomorrow, since he’d be there! We stayed and visited for a bit before we went off for lunch and to explore some more. 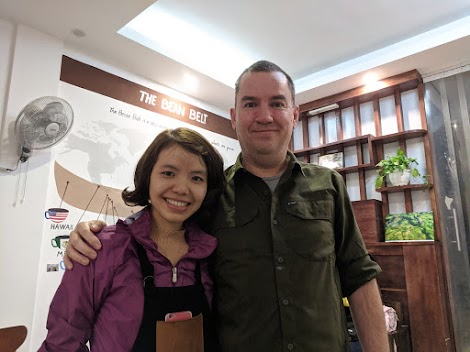 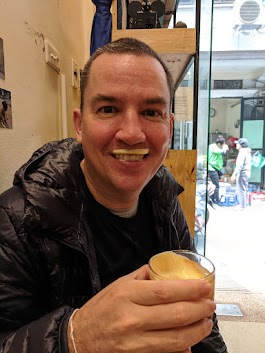 The next morning we headed for Pho by the church, then went to Tuan. It was really nice to see him and we had a great visit. They were quite busy so we didn’t stay too long… didn’t want to be in the way. We went for a long walk to find a sub place for lunch, which was delicious. I had rolls and Paul had a sub, it was down a little alley in someone’s house. After that we walked around by the Opera House, by the lake, up to beer street where we had some of the local beer on a corner. 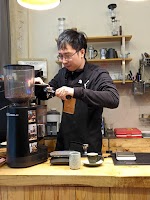 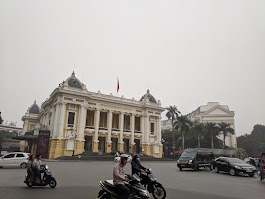 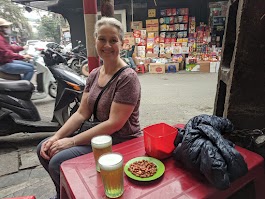 Tuan was closed the next day so we had to find another place to hang out… so sad but we survived. Then we had a few more days of coffee, visiting Tuan, eating and walking around. The next day at Dream Beans we met 3 Canadians from PEI and 2 Americans. We spent a long time visiting and had nice conversations with Greg and Debbie. It was the weekend so we decided to go to see the shows at the Lake. It was misty and raining so we stopped and got some soy milk to bring back. Unfortunately there was construction going on in our building so it was really noisy so we tried our best to stay away.

I ended up catching a cold, which went straight to my nose. Tuan and Hyuen invited us for dinner at their house the next night. It was the daughter’s birthday and Tuan’s Mom was in town from Denmark. Tuan’s friend came with us in a Grab taxi, it was quite a ways to the where they lived. When we got to the apartment we caused chaos… not many non local people go to this area. To make even more chaos, the dog was really hyper so they had to lock him up in a room. The baby hadn’t really seen non Vietnamese people before so she would cry when we looked at her. It took her about an hour before she felt more settled. It was quite funny because we all sat on the floor, everyone else made it look easy but we struggled! Tuan had told his Mom that we were much older then her, but it turns out that she was older then us by a few years. She told us about when she fled Vietnam and had applied to Canada but was turned down, so ended up in Denmark.

Tuan and Hyuen put on a huge hot pot dinner… we had corn, mushrooms, all sorts of veggies and meat. It was delicious and we were stuffed. We learnt that “andae, andae” means eat and we ate a lot. Afterwards there was cake for the birthday and we were able to visit before we headed back to our apartment. It was a wonderful evening and we felt so lucky to be invited. 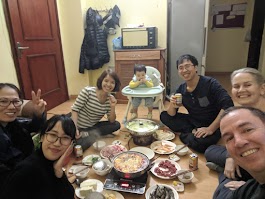 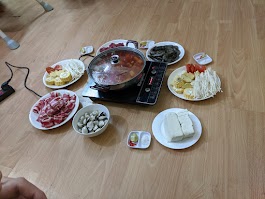 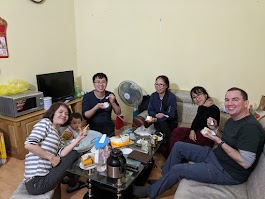 We did a lot of eating and visiting over the next couple of days. Tuan had taken us to another pho place nearby, he told us it was important to eat hearty and warm food in the morning since it wasn’t hot when we were in Hanoi. It was close to the shop and was very much not a tourist spot. Good pho though. We went on a hunt and found a pho place that was hidden down an alley, then upstairs in someone’s house, mostly locals went there but we found it and were able to get a spot. It was some of the nicest pho we had. Spent a night out with Greg and Debbie from PEI which was nice. Tuan had closed the shop, they were heading to visit family out of town and so he wasn’t there our last few nights.

We sadly said goodbye to Dreambeans and made do with other coffee shops. Our last night in Hanoi we went to the brew pub by the church. Vietnam has a lot of craft breweries and the beer is good. It turned out to be a great surprise because there was a really good band. We hadn’t planned on staying too long but then this girl got up and started singing, she was great. I also had my first Hanoi Hopped Cider, which was awesome! 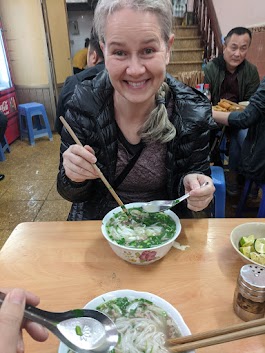 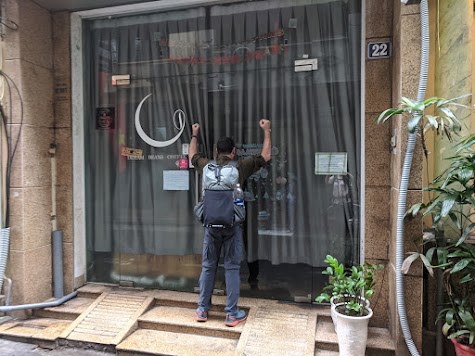 The next day we said goodbye to Hanoi and headed down to Phu Quoc.

We went back to Chang and Josua’s place, since it was perfect last time. My cold had gotten worse on the plane, so we really didn’t do much. We rented a scooter, went to Iris Cafe for some Creme Broulee, found a breakfast place that was closer then the Saigon Cafe. We went shopping for some basics, yogurt and fruit and laid low. We got to the beach twice, even though we were in the shade, we both ended up with a sunburn.

Randomly, I ended up with food poisoning after eating tofu and felt even worse than I already did with my cold. We booked our ferry tickets and Chang took us to the bus stop. Despite not being well, we had a nice time at our stay. Chang left fruit and is just such a nice person. We had arranged the ferry to Ha Tien with Mr Chung, again with Oasis Bar to get to the border. Next stop Kampot. 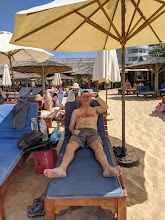 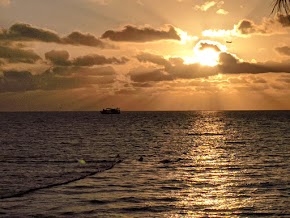 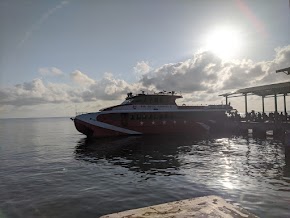